Floralis Henerika or the Generic Flower in Latin, is one of the most brilliant and fascinating artistic monument, made of steel and aluminum in Buenos Aires, Argentina. At the heart of the Plaza Naciones Unidas of United Nations Square, in the 40-meter mirror pond, the Floralis Generica, a giant silver flower, has been a striking city landmark since it opened in 2002. The sculpture was created and paid for Sculptra Eduardo Catalano. this flower is being 23 metres high and weighing in at 18 tonnes. When the petals are open they span 32 metres and when closed only 16 metres. One of the fascinating features of this sculpture is that it acts like a real flower in that its gigantic petals are open during the day and then close for the night with a red glow emanating from within. Catalano once said that the flower "is a synthesis of all the flowers and is both a hope that is reborn every day to open." 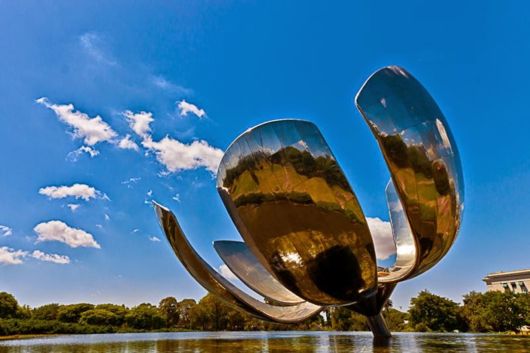 There are four special nights a year where the petals remain open: 25th May, 21st September and the 24th and 31st of December.The Steel Flower is actually made of stainless steel and aluminium and sits in the centre of a pool of water which reflects the flower and also protects it from vandals. 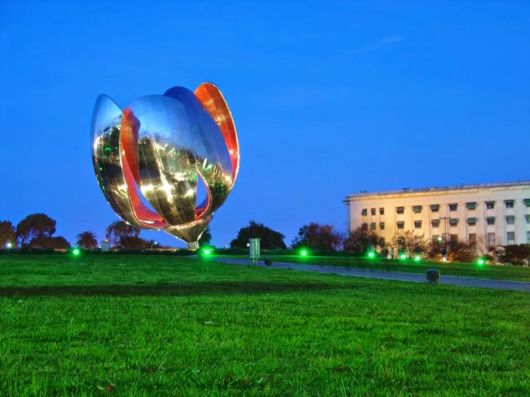 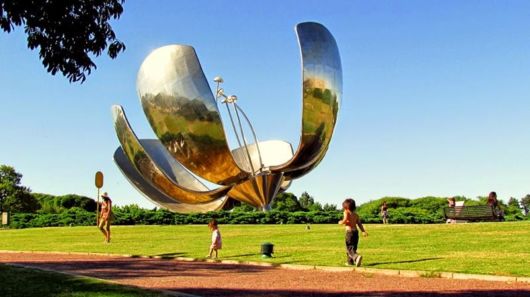 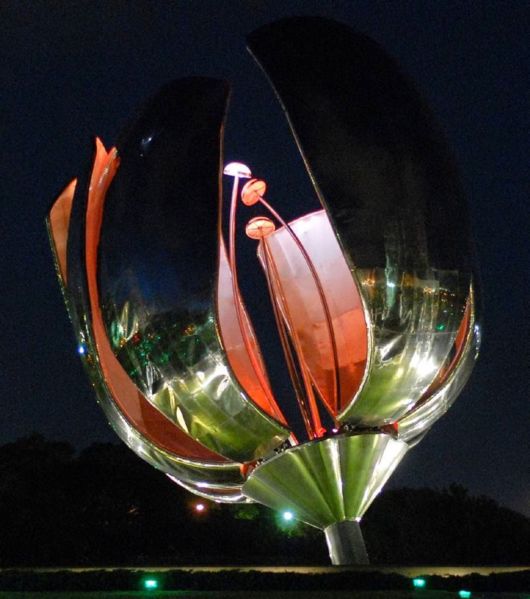 "Floralis Generica", is a working metal flower sculpture by Eduardo Catalano in Buenos Aires, Argentina. It opens and closes with the rhythm of the sun and lit from inside at night. Recoleta, Buenos Aires, Argentina. The (Tetra Pak) park was closed. Shot handheld through the iron fence 50 yards away. Took many blurred shots but lucked out on only this one while leaning against the fence. 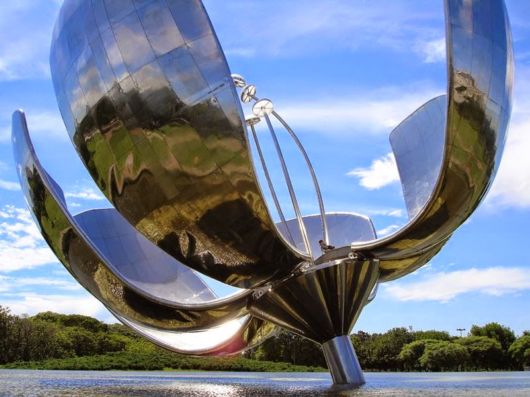 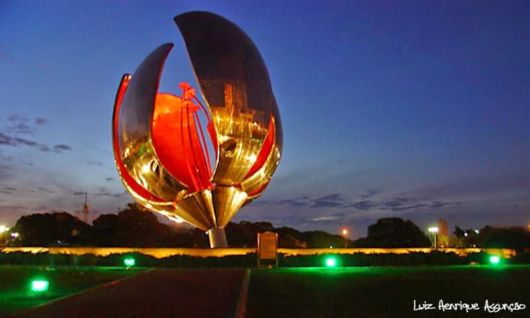 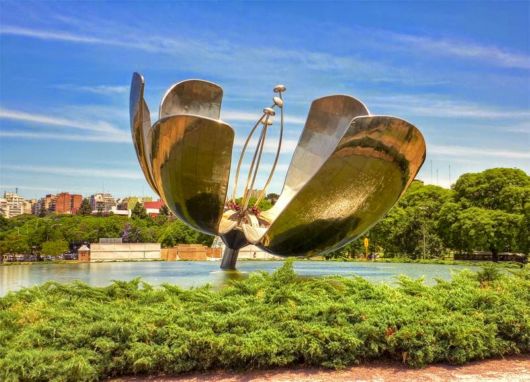 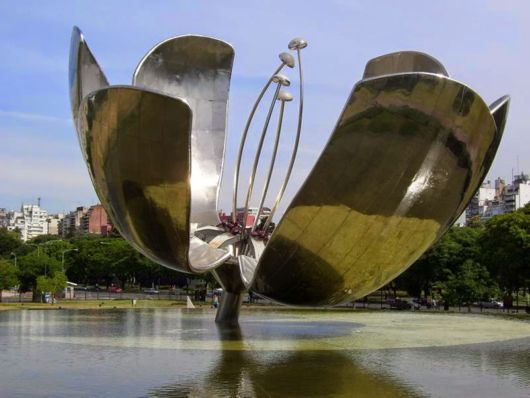 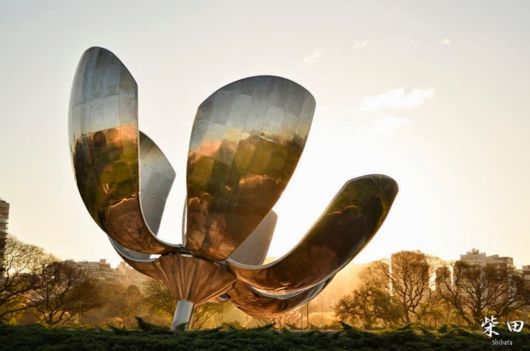 The sculpture is located in the center of a park of four acres of wooded boundaries, surrounded by paths that get closer and provide different perspectives of the monument, and placed above a reflecting pool, which apart from fulfilling its aesthetic function, protects it. It represents a large flower made of stainless steel with aluminum skeleton and reinforced concrete, which looks at the sky, extending to it its six petals. 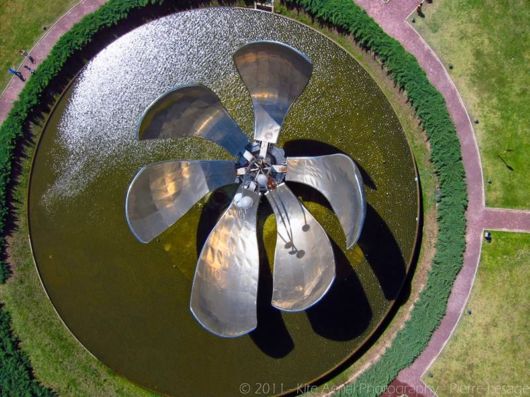 According to Eduardo Catalano, the author, Floralis "means belonging to the flora and therefore the flowers", and Genérica "from the concept of "gender" and indicates that it represents all the flowers in the world". 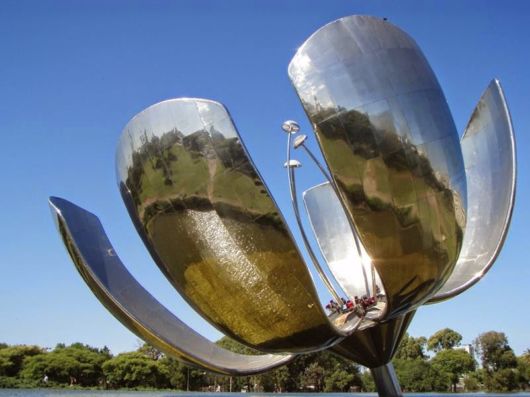 The use of the term ‘Genérica’ in its name suggests that it is a symbol of all flowers in the world. Opinions differ about it’s beauty but there is no questioning that the flower is a powerful, modern symbol of technology and nature.

The Flower can be found in the middle of the Plaza de las Naciones Unidas (United Nations Square) which is on Av. Presidente Figueroa Alcorta (near the pedestrian bridge that goes over the avenue) and cornering Austria street. It is