The Seven Mile Bridge is a famous bridge in the Florida Keys, in Monroe County, Florida, United States. It connects Knight’s Key (part of the city of Marathon, Florida) in the Middle Keys to Little Duck Key in the Lower Keys. Among the longest bridges in existence when it was built, it is one of the many bridges on US 1 in the Keys, where the road is called the Overseas Highway.

There are two bridges in this location. The older bridge, originally known as the Knights Key-Pigeon Key-Moser Channel-Pacet Channel Bridge, was constructed from 1909-1912 under the direction of Henry Flagler as part of the Florida East Coast Railway’s Key West Extension, also known as the Overseas Railroad. 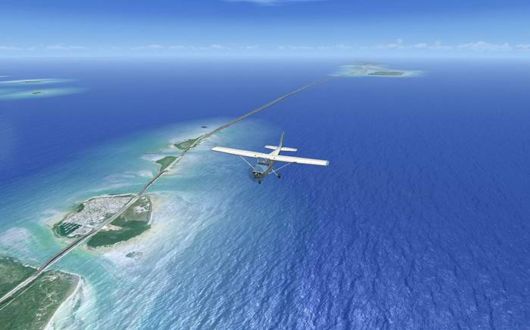 History  After the railroad sustained considerable damage due to effects of the Labor Day Hurricane of 1935, the line was sold to the United States Federal Government, who subsequently refurbished Seven Mile Bridge for automobile use. Dismantled trackage was recycled, painted white, and used as guardrails. It had a swing span that opened to allow passage of boat traffic, near where the bridge crosses Pigeon Key, a small island where a work camp for Flagler’s railroad was located. Hurricane Donna in 1960 caused further damage.

The current road bridge was constructed from 1978 to 1982. The vast majority of the original bridge still exists, used as fishing piers and access to Pigeon Key, but the swing span over the Moser Channel of the Intracoastal Waterway has been removed. 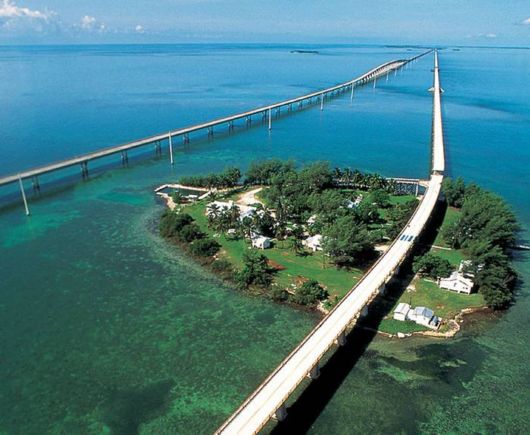 Engineering  The new bridge is a box-girder structure built from precast, prestressed concrete sections, comprising 440 spans. Near the center, the bridge rises in an arc to provide 65-foot (20 m)-high clearance for boat passage. The remainder of the bridge is considerably closer to the water surface. The new bridge does not cross Pigeon Key.

The total length of the new bridge is actually 35,862 ft (10,931 m) or 6.79 miles (10.93 km), and is shorter than the original. Each April the bridge is closed for approximately 2.5 hours on a Saturday and a “fun run,” known as the Seven Mile Bridge Run, of 1,500 runners is held commemorating the Florida Keys bridge rebuilding project. The event began in 1982 to commemorate the completion of a federally funded bridge building program that replaced spans that oil tycoon Henry Flagler constructed in the early 1900s to serve as a foundation for his Overseas Railroad.

The Seven Mile Bridge was engineered by Figg & Muller Engineers. The structure was completed six months ahead of schedule and has earned eight awards, including an Exceptional Award for Cost Savings Innovation from the Federal Highway Administration. 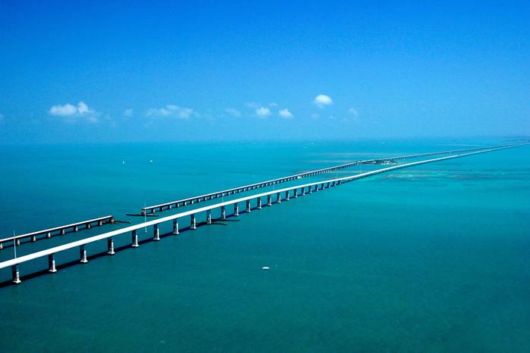 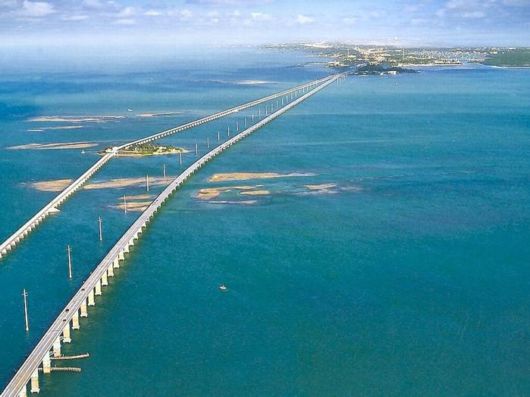 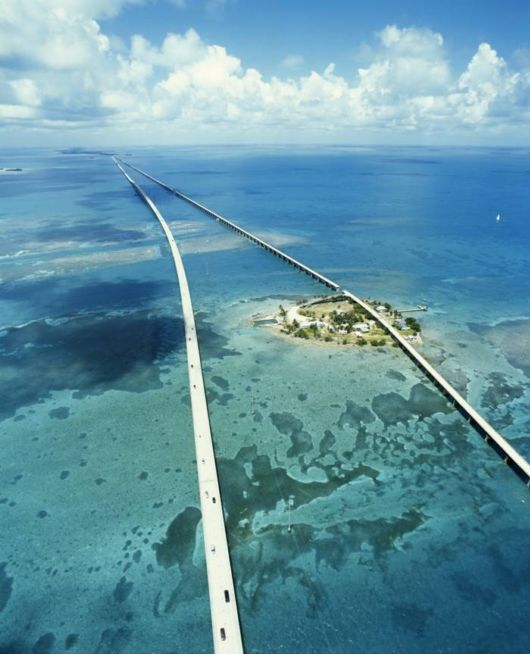 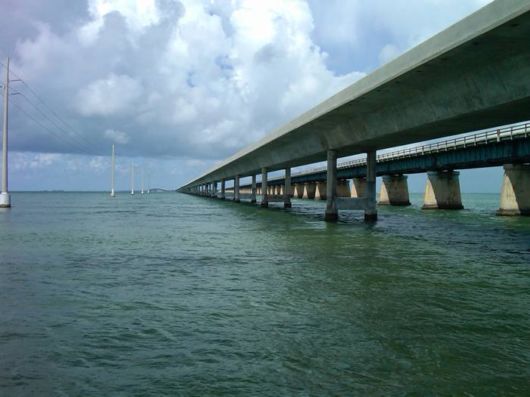 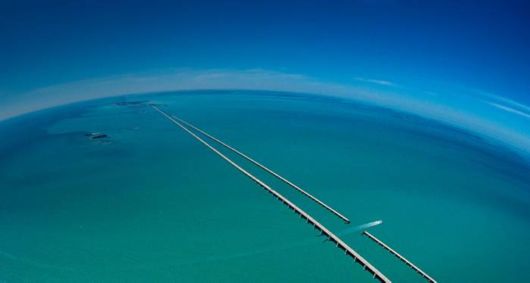 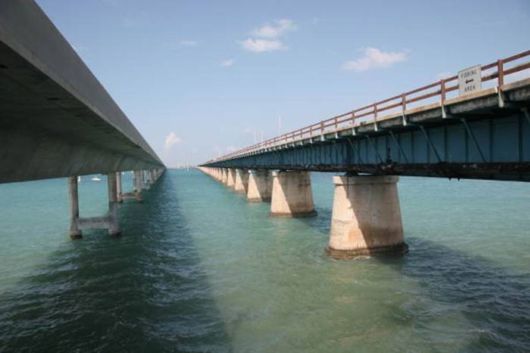 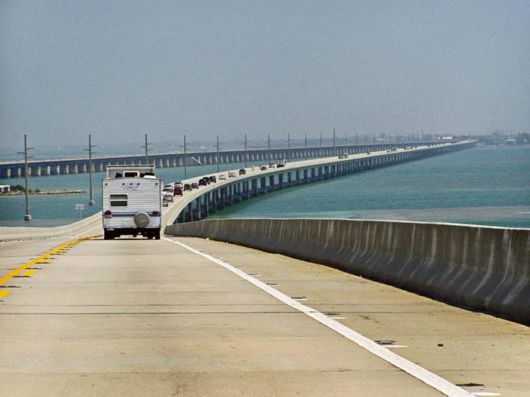 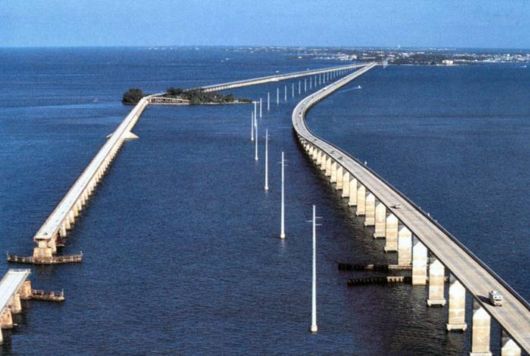