The hovenring in the Dutch city of Eindhoven, is a cable-stayed circular bridge for cyclists and pedestrians, and the first of its kind in the world. The 72-meters diameter bridge is suspended from a single 70-meter pylon located at the center of the roundabout by 24 cables, and appear to float over a large new junction for motorized traffic. With thin decks and conspicuous lighting, Hovenring is a new landmark for the city. At night the slender bike ring is lit from below to further enhance that floating effect. 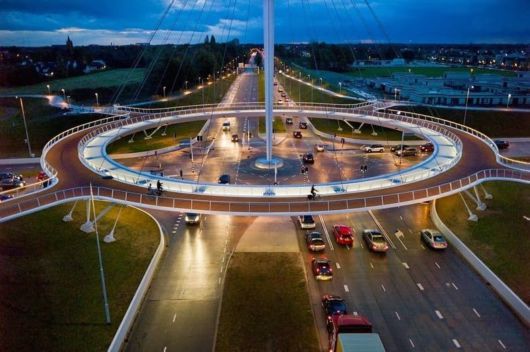 Like a flying saucer, the steel bridge hoovers above the Heerbaan/Meerenakkerweg intersection, its impressive pylon marking the entrance way to the cities of Eindhoven and Veldhoven. There used to be a level crossing here, but the development of a nearby housing estate meant the intersection needed changing in order to cope with growing traffic. As Eindhoven City Council refrains from cyclist underpasses and didn’t want a level crossing roundabout either, they asked Dutch bridge specialist IPV Delft to look at possible solutions. A circular cable-stayed bridge soon appeared to be the best option.

Building the circular bridge proved to be more difficult than expected. When the bridge was opened in December 2011, after less than a year of construction, the suspension cables vibrated so much that the bridge had to be closed for safety reasons. Hovenring was finally opened to be public on June 29th, 2012 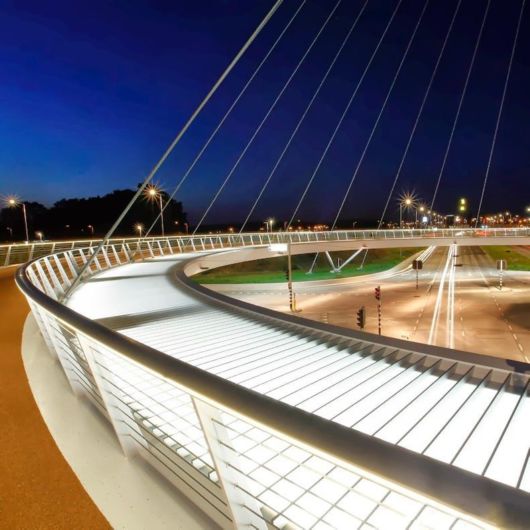 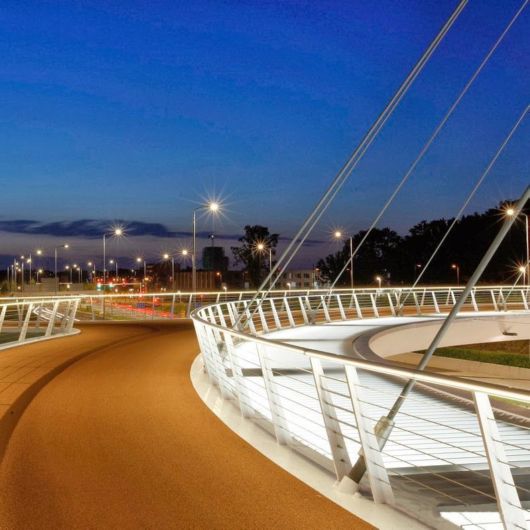 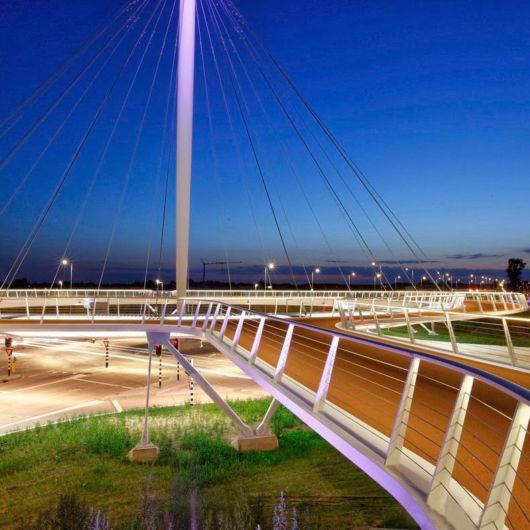 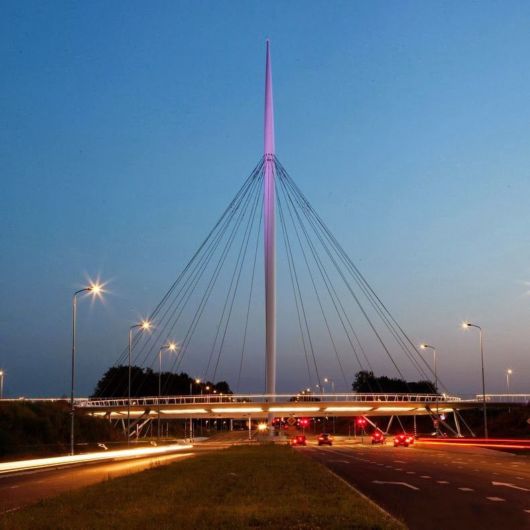 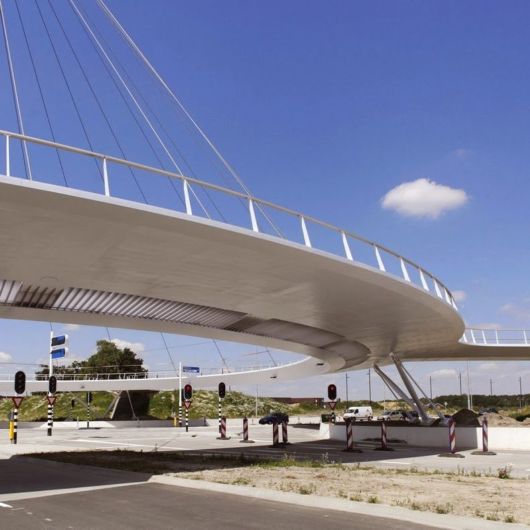 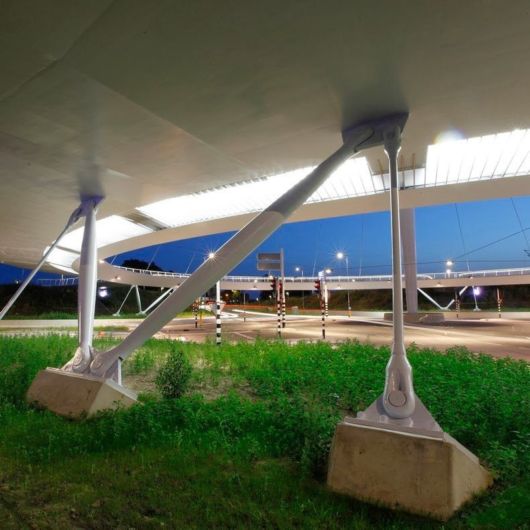