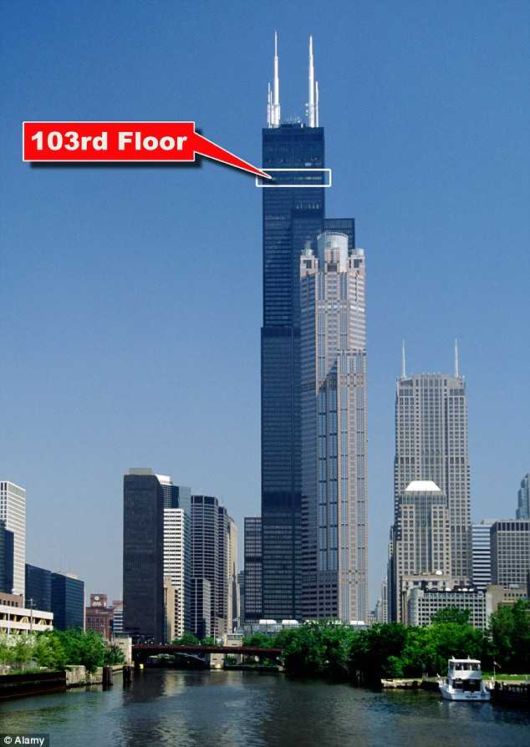 America , the owners of Willis Tower in Chicago have installed four glass box viewing platforms which stick out of the building 103 floors up.

The balconies are suspended 1,353 feet in the air and jut out four feet from the building’s Skydeck. They are 4x10x10, made of solid glass, floor included… 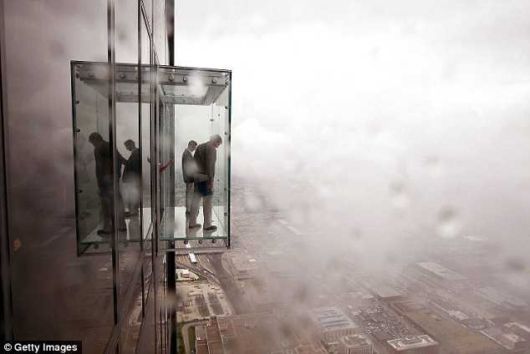 Visitors get their first view from The Ledge — four glass balconies suspended from the Tower. 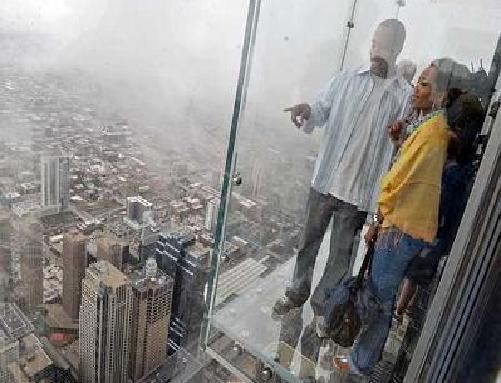 Designers say the platforms – collectively dubbed The Ledge – have been purposely created to make visitors feel as they are floating above the city. The reward is unobstructed views of Chicago from the building’s west side and a heart-stopping (well, duh!) vista of the street and Chicago River below – for those brave enough to look straight down. (not me!) It’s like walking on ice. 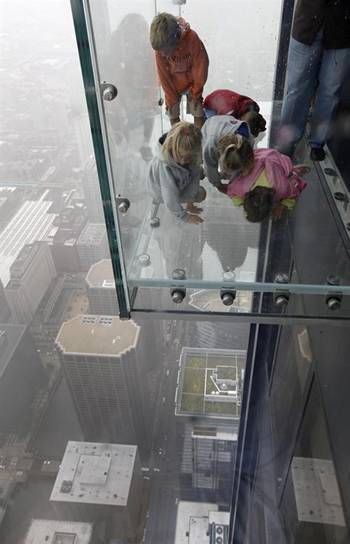 John Huston, one of the owners of the Willis Tower, even admitted to getting ‘a little queasy’ when he ventured out on to the balcony. However, after 30 or 40 trips, he seems to have gotten used to it.

Long way up: Even the floor of the platforms are glass – few are brave enough to look straight down. Although some adults felt dizzy after experiencing The Ledge, children seemed to take it in their stride. 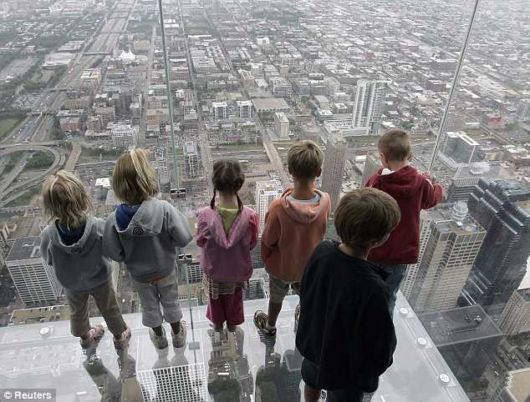 Fearless: Five-year-old Anna Kane spreads out on the floor of the 10ft square box which is 1,353 ft up. 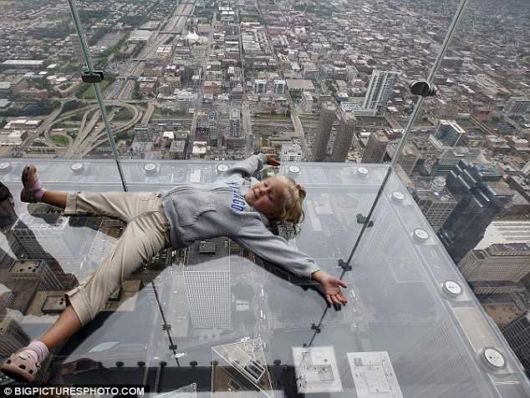 Thrill seekers: The boxes jut out four feet from the building and were specifically designed to attract visitors. The Willis Tower has always been about superlatives – tallest, largest, most iconic. 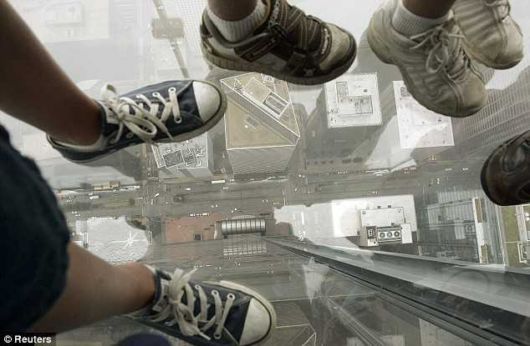 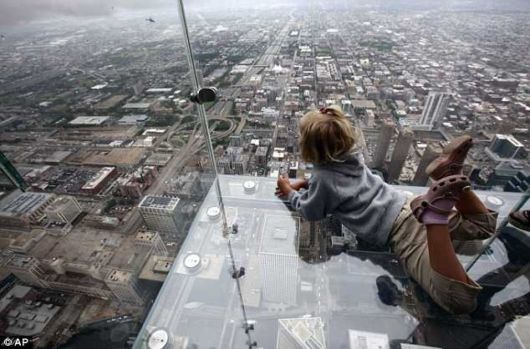 Inspiration came from the hundreds of
forehead prints visitors left behind on The Skydeck windows every week. Now, staff have a new glass surface to clean: floors! 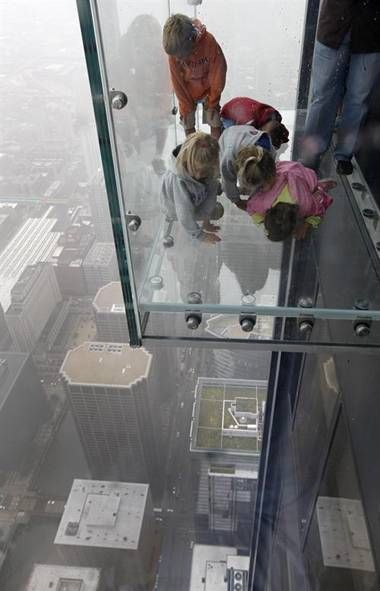 Architect Ross Wimer said: ‘We did studies that sh
owed a 4′ X 4′ deep enclosure makes you feel like you’re detached from the building particularly since there’s only room for one row of people.’ 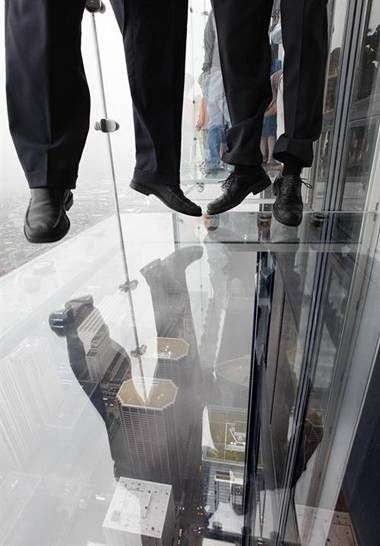 The Ledge is accessible from The Skydeck which attracts 25,000 visitors on clear days. They each pay $15 to take an elevator ride up to the 103rd floor of the 110-story office building that opened in 1973. 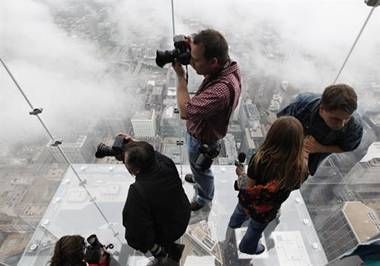 After seeing this I think I will have a glass of wine and sit in my sturdy, favorite chair.