Share on Facebook
Tweet on Twitter
-ADVERTISEMENT-
Greenpix is a Zero Energy Media Wall in Beijing created by Simone Giostra & Partners and the Arup folks. Its been added to the curtain wall of the Xicui entertainment complex near the site of the 2008 Olympic Games. It mixes the largest color LED display technology with a photovoltaic system which means that the wall burns the only energy it harvests during the day. 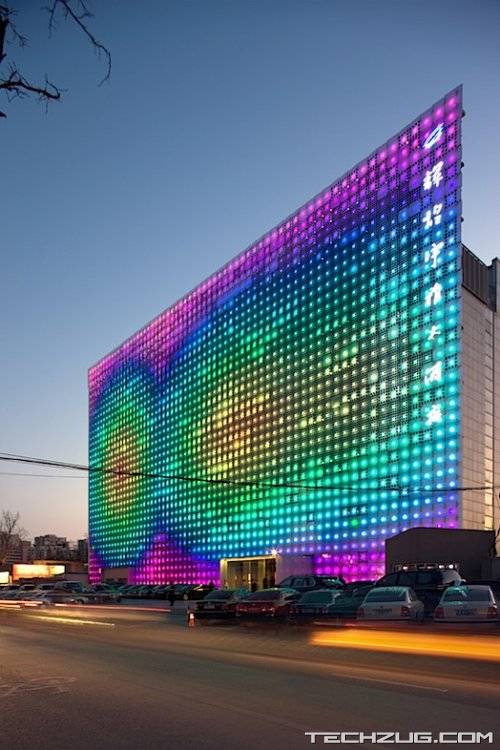 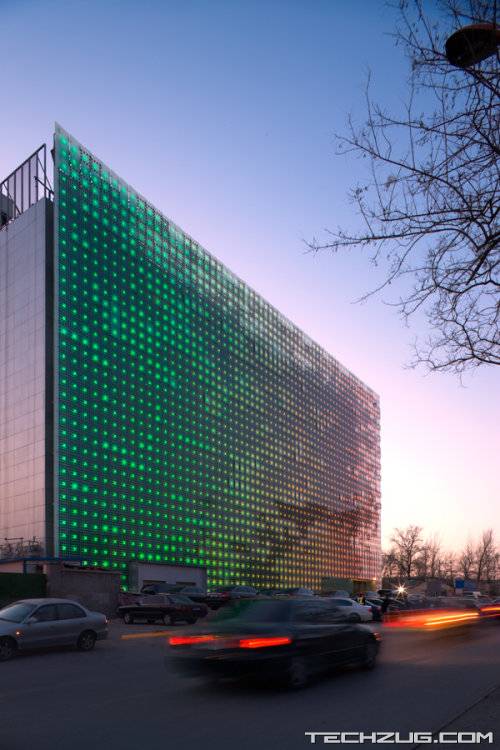 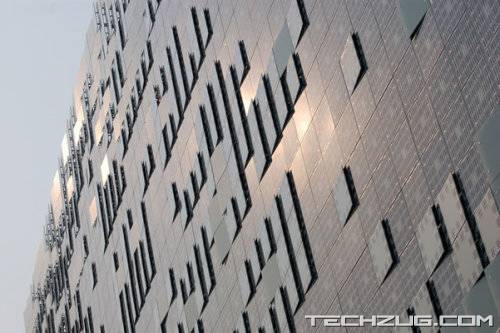 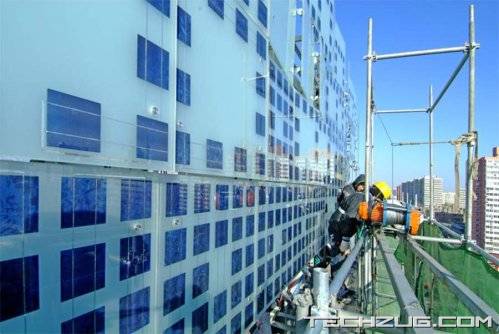 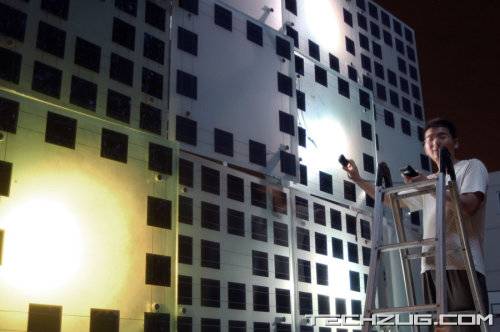 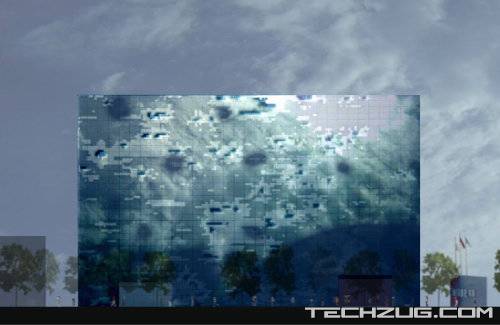 The wall should go live in May 2008, with a series of video installations and live performances by artists from China, Europe and the US.