TWO BUILDINGS IN ONE

The REN Building is a proposal for a hotel, sports and conference center for the World Expo 2010 in Shanghai ..
The building is conceived as two buildings merging into one. 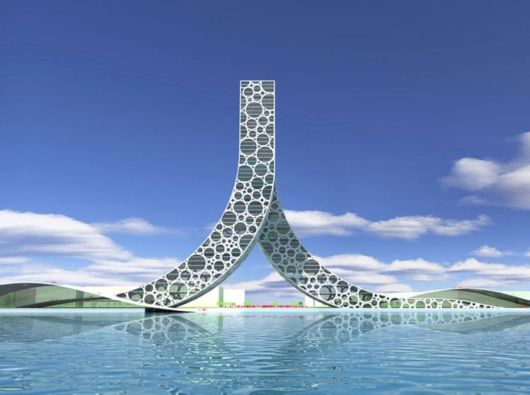 The first building, emerging from the water, is devoted to the activities of the body,
and houses the sports and water culture center. 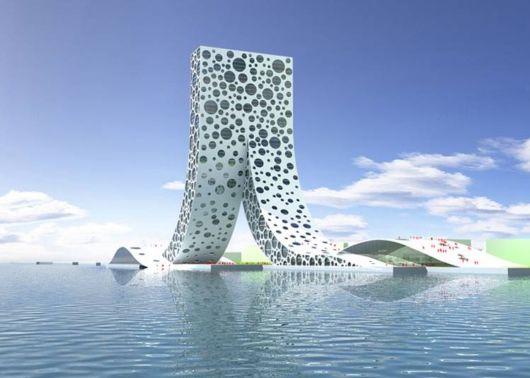 The second building emerging from land, is devoted to the spirit and enlightenment,
and houses the conference center and meeting facilities.
The two buildings meet in a 1000 room hotel, a building for living and form the Chinese character for ‘People’,
becoming a recognizable landmark for the World Expo in China . 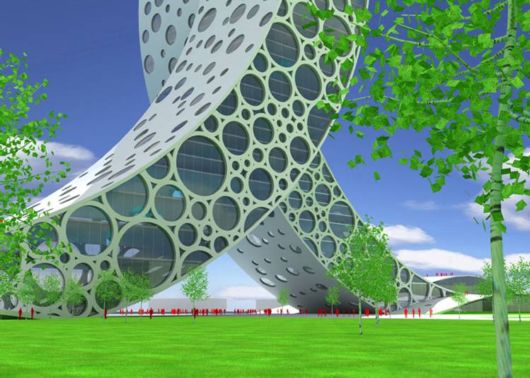 Together, the two buildings become a tower and an arch at once.

The arch defines a square for gatherings and activities, exactly on the main axis of the expo site overlooking the HuangPu River .
The square is sheltered from the rain but allows sunlight through, from the east in the morning and from the west in the evening. 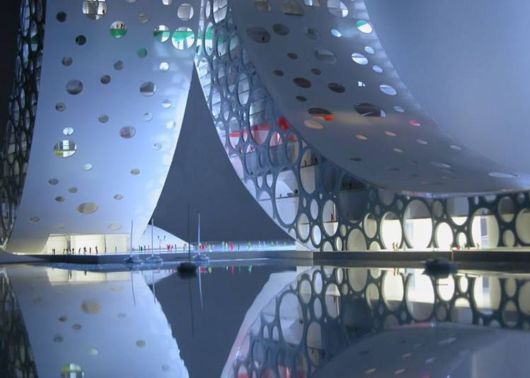 Large curved plazas border the pool and conference buildings, creating a continuous recreational public space along the river.
Round openings and skylights bring light to the auditoriums and pools and gradually become denser as they rise from the river,
eventually becoming windows and terraces for the hotel rooms. 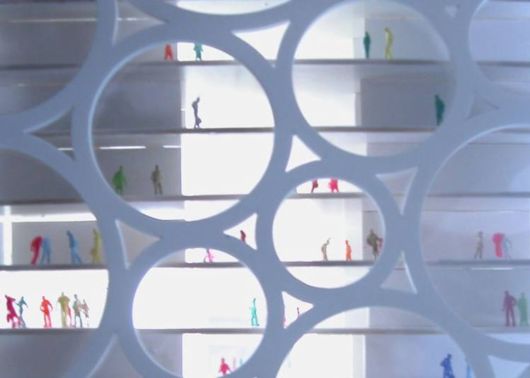 The project questions whether architecture can embody the schizophrenic political identity of the People’s Republic of China at once:
Tao, Mao and Capitalism. 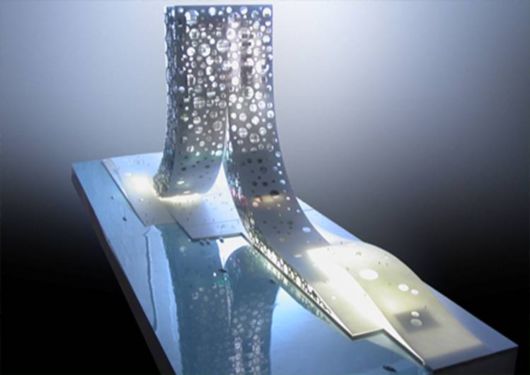 A modernist slab is cleaved in two, forming the Chinese character for ‘People’.
The principle of Yin Yang and the five elements of Feng Shui are embedded in the architecture,
creating a link between the ancient wisdom and the contemporary euphoria of Chinese culture. 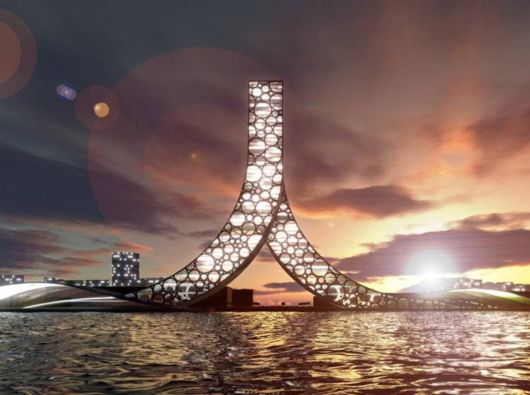 The REN building could be the Eiffel Tower of Shanghai, a landmark symbolising the people-oriented pursuit of the Shanghai Expo 2010. The building becomes the Chinese sign for ‘The People’, and a recognizable landmark for the World Expo in China.