Techzug.comTechnology In Your Hands
Home Architecture The Heydar Aliyev Center In Baku, Azerbaijan

Zaha Hadid Architects have designed the Heydar Aliyev Center in Baku, Azerbaijan. “The Heydar Aliyev Center hosts a variety of cultural programs, its design is a departure from the rigid and often monumental architecture of the former Soviet Union that is so prevalent in Baku, aspiring instead to express the sensibilities and diversity of Azeri culture. The Center’s design establishes a continuous, fluid relationship between its surrounding plaza and the building’s interior. The plaza, as the ground surface, accessible to all, rises to envelop an equally public interior and define a sequence of event spaces within. Undulations, folds, and inflections modify this surface to create an architectural landscape that performs a multitude of functions: welcoming, embracing, and directing visitors throughout the center; blurring the conventional differentiation between architecture and landscape, interior and exterior. Fluidity in architecture is not new to the region. The continuous calligraphic scripts and patterning of historical Islamic architecture flow from carpets to walls, walls to ceilings, ceilings to domes; establishing seamless relationships and blurring distinctions between architectural elements and the ground they inhabit. The Center’s design relates to this historical understanding of architecture, not through the use of mimicry or a limiting adherence to the iconography of the past, but with a firmly contemporary interpretation.” 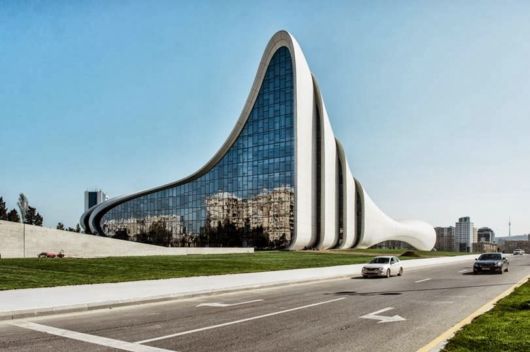 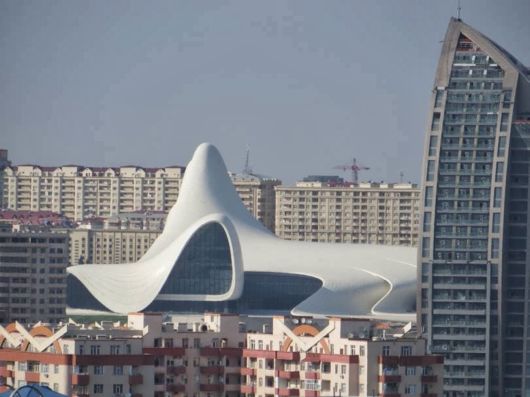 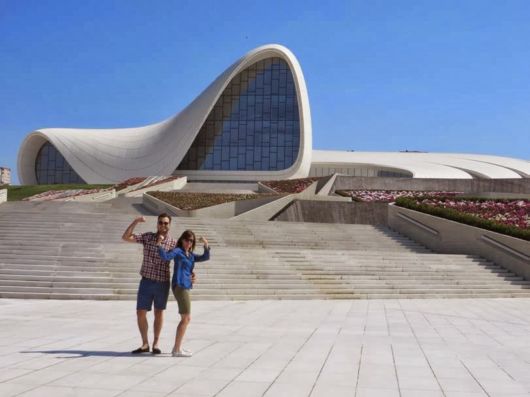 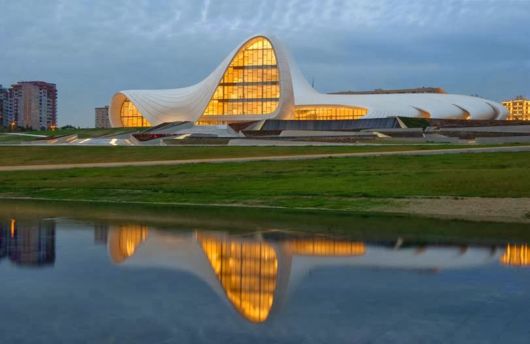 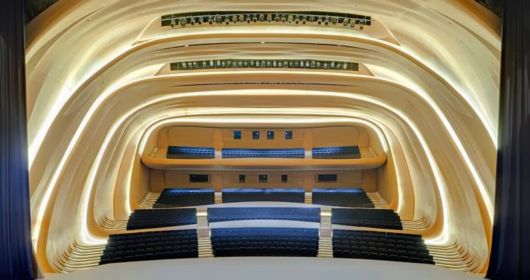 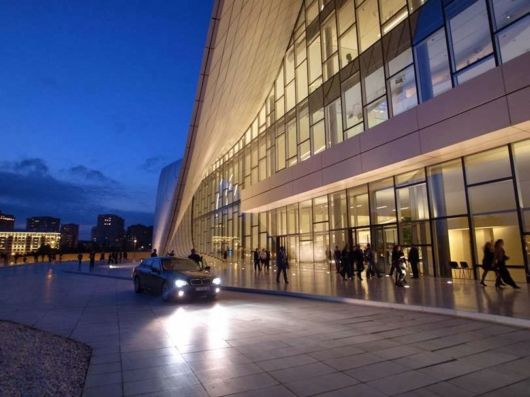 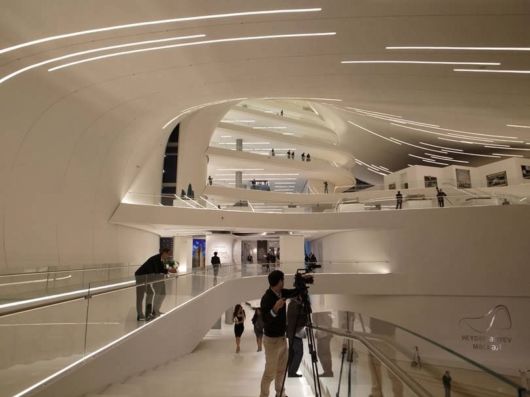 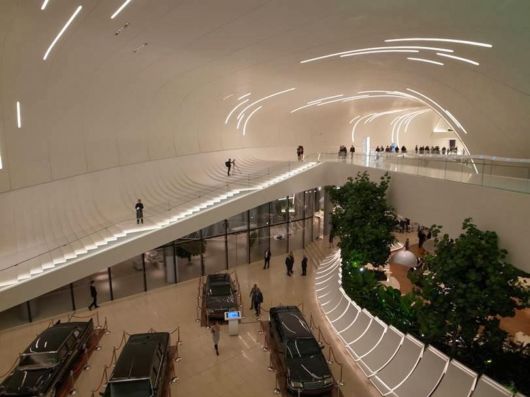 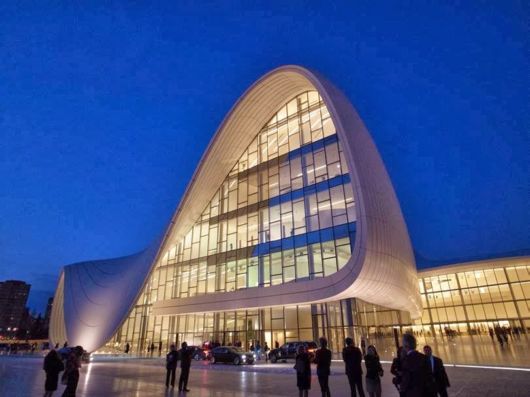 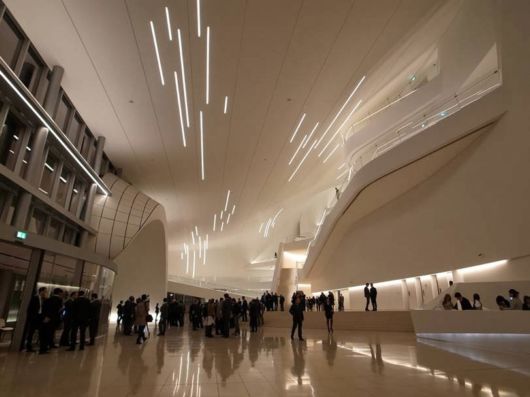 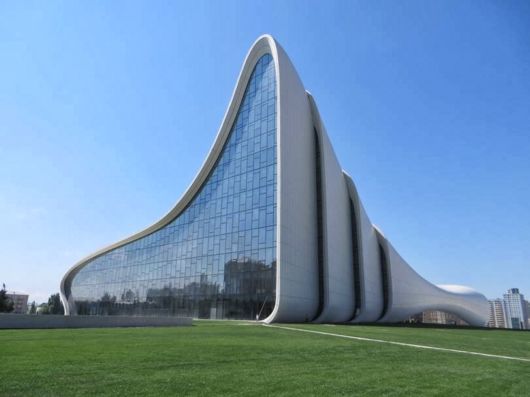 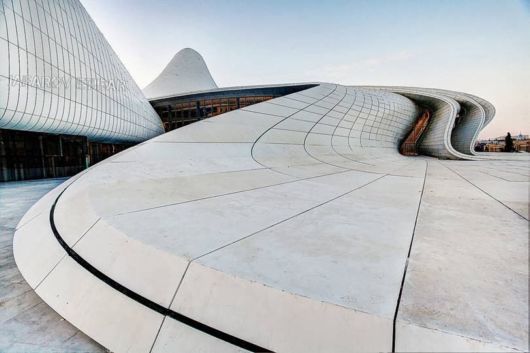 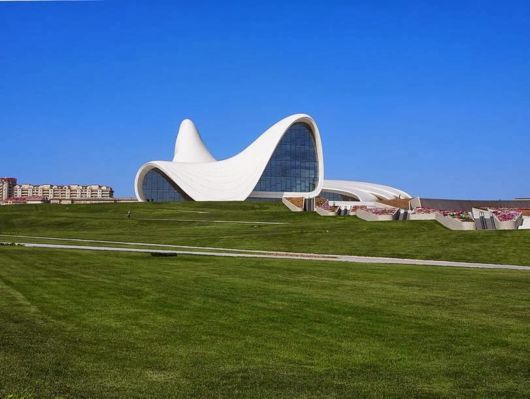 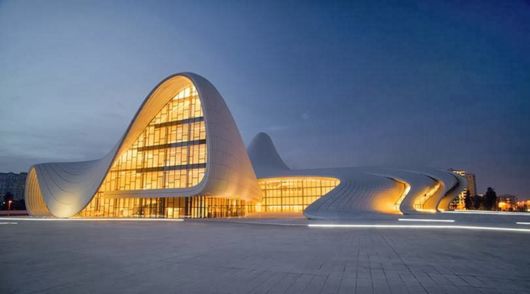 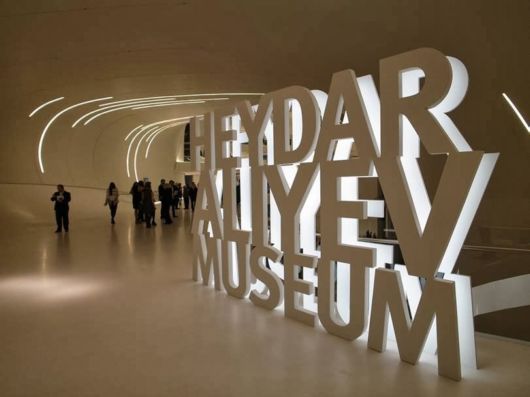 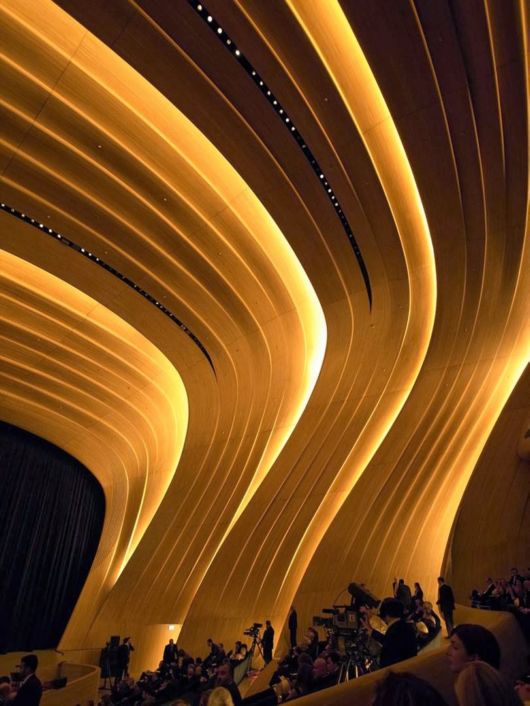 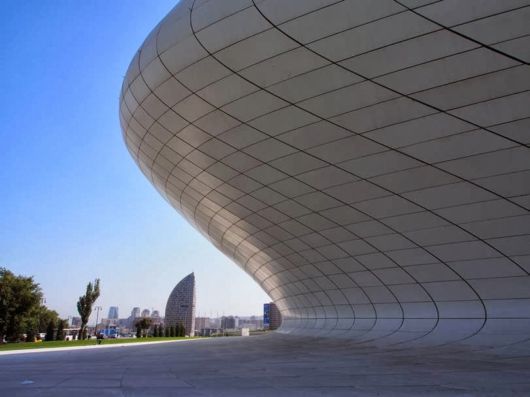 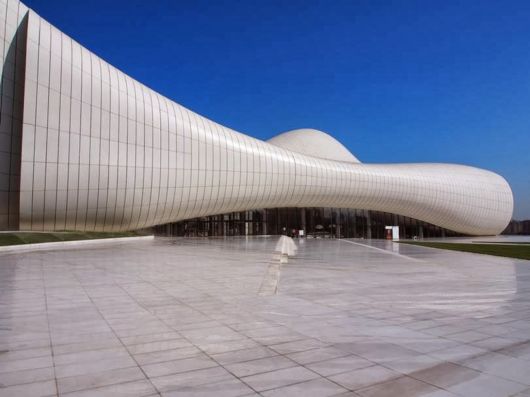 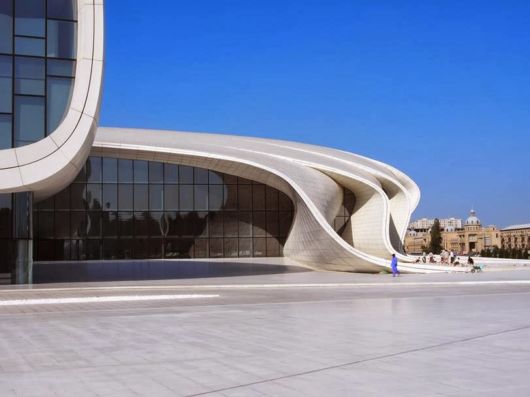