Techzug.comTechnology In Your Hands
Home Architecture The Top 10 Global Skyscrapers Of 2015

With the number of formally tall building doubling over the following couple of years, it’s expected to jump from two to 10 by 2020. Indeed, next year alone 10 new skyscrapers of at least 1,110 feet (338 meters) will probably be accomplished. The following record is founded based on information from the Council on Tall Buildings and Urban Habitat, the world’s leading recognized authority on skyscraper construction. Here’s a look at the 10 tallest skyscrapers anticipated to complete around the world this year. They are 2015′s tallest buildings. 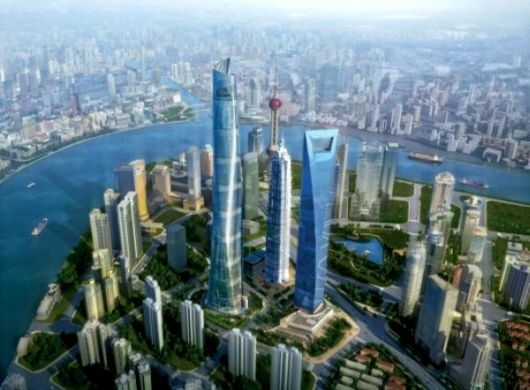 Shanghai Tower by Gensler: On track to turn out to be the world’s tallest building, Gensler’s Shanghai Tower has already topped out at a height of 632 metres, surpassed only by the 828-metre Burj Khalifa in Dubai. It is the tallest structure ever built in China and features a twisted form generated after a series of wind-tunnel tests. It will offer an observation deck on the 124th floor when it opens later this year.

Interesting fact:: The topped off construction site is a favorite target of so-called “roof-toppers,” daredevils who scale tall buildings without safety equipment for fun. 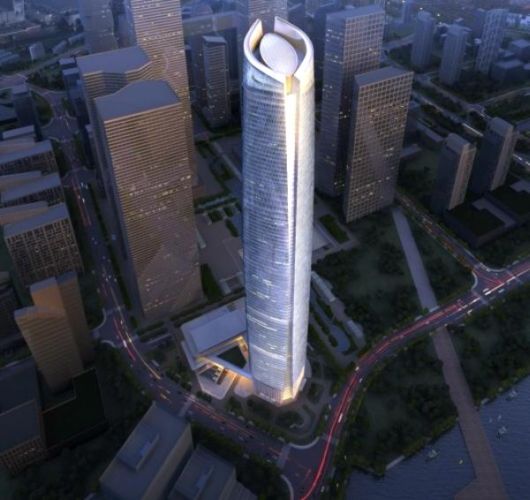 Interesting fact:: The tower’s aerodynamic shape was designed to reduce wind resistance and the vortex action that builds up around super-tall towers. 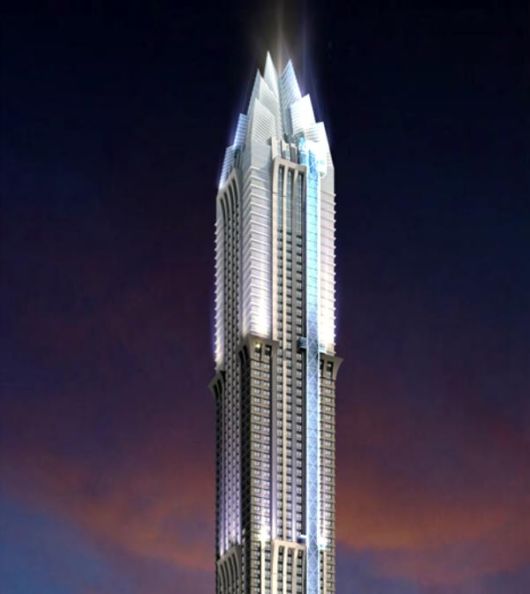 Marina 101, United Arab Emirates, by National Engineering Bureau : The Marina 101 tower in Dubai is set to become the second-tallest building in Dubai, with a height of 426.5 metres. The lower portion of the 101-storey tower will house the Middle East’s first Hard Rock Hotel, while the upper levels will accommodate 420 one and two-bedroom holiday apartments and a restaurant with panoramic views of the city.

Interesting fact:: Construction on Marina 101, Dubai’s second tallest tower, originally began in 2006 but was stalled due to the global financial crisis. The project will finally be completed in the early part of 2015. 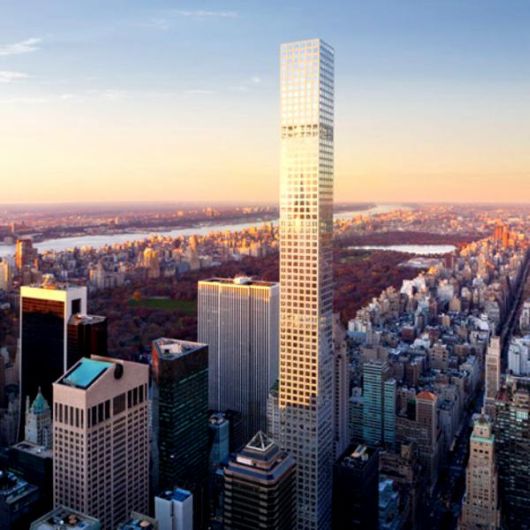 432 Park Avenue, United States, by Rafael Vinoly Architects and SLCE Architects: Rafael Viñoly hit the headlines for the wrong reasons, so the architect will be hoping for a greater response to his super-skinny 425-metre building completing this year in New York. Understood to be the tallest all-residential building in the world, 432 Park Avenue will offer 104 luxury residences, alongside facilities that include a private swimming pool, library and cinema screening room.

Interesting fact:: As it has already been topped off, 432 Park Avenue is the tallest building in the the Western Hemisphere. The building’s most expensive unit on the market, Penthouse 94, is a full-floor, 8,255-square-foot six-bedroom with a $82.5 million price tag. That’s $9,994 per square foot. 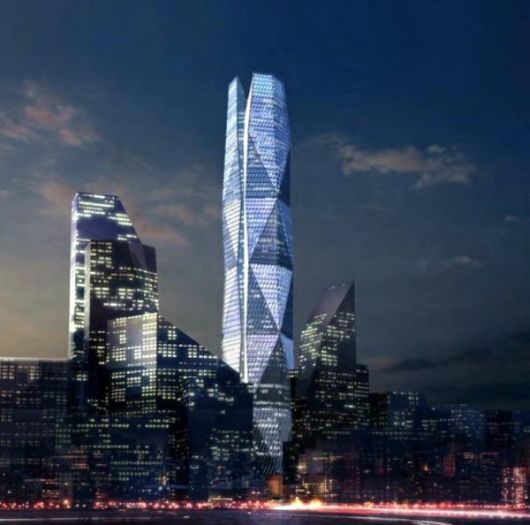 Capital Market Authority Tower, Saudi Arabia, by HOK and Omrania & Associates : With a height of 385 metres, this office tower by HOK and Omrania & Associates will become the tallest building in Saudi Arabia’s capital city, Riyadh. The 76-storey CMA Tower is the highest of the five structures at the plaza of the King Abdullah Financial District, which will also boast a metro station designed by Zaha Hadid. An external skin of fins, gantries and perforated panels will shade the building from the desert sun.

Interesting fact:: The tower’s external layer of fins, gantries and perforated panels are there to shade the building from the unrelenting desert sun. 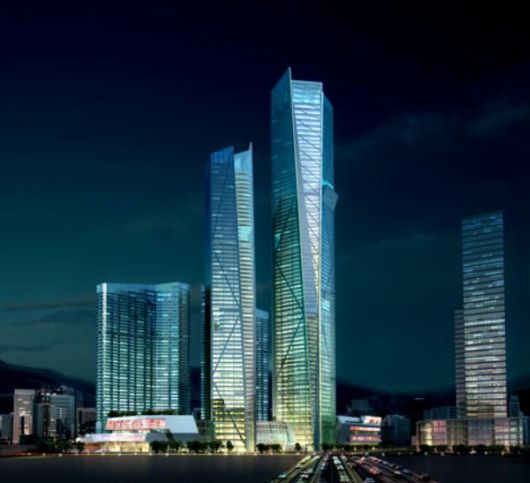 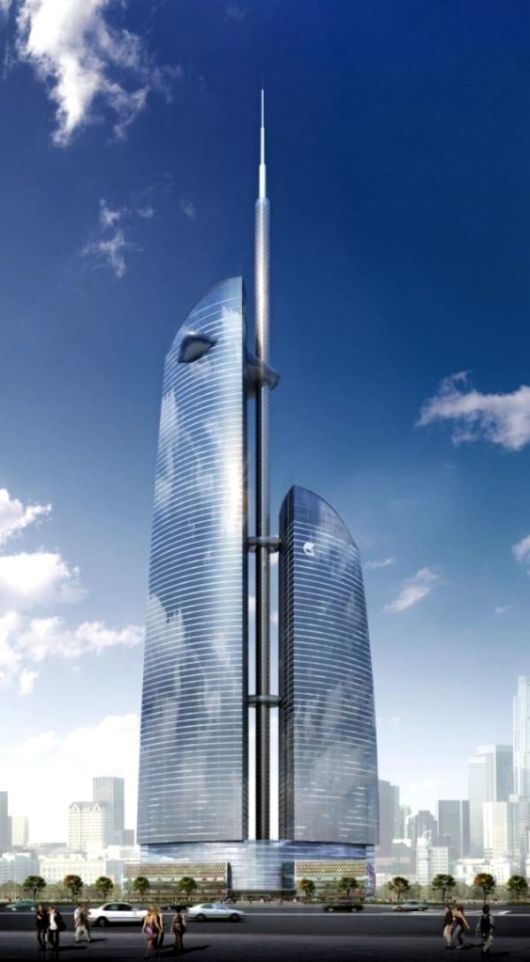 Federation Towers – Vostok Tower, Russia, by NPS Tchoban Voss and Schweger Associated Architects : The title of Europe’s tallest building will likely be passed over in 2015, as Moscow’s Federation Tower complex is due for completion. The 373-metre Vostok Tower will extend 34 metres higher than the nearby Mercury City tower, which has been the continent’s tallest for over two years. The building was designed as a collaboration between Peter Schweger of Schweger Associated Architects and Sergei Tchoban of NPS Tchoban Voss, and it forms part of Moscow-City, the Russian capital’s new business district.

Interesting fact:: Like OKO, the Vostok Tower is also part of Moscow’s fast-growing business district. Once the building is topped off, it will be the tallest in Europe. 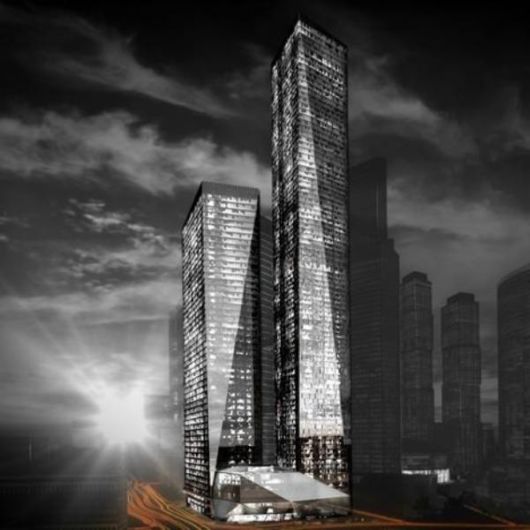 OKO, South Tower, Russia, by SOM : The second building from Moscow-City to make the top 10 is a 352-metre tower by skyscraper veteran SOM, whose portfolio extends from Chicago’s Willis Tower and John Hancock Center, to One World Trade Center and the Burj Khalifa. The OKO South Tower is one of two faceted skyscrapers underway on the site, connected at the base by a transparent crystalline structure. The complex will include a four-star hotel, offices and apartments.

Interesting fact:: The tower is part of Moscow’s thriving International Business Center, a mixed-use district centrally located within the Russian metropolis. It was designed by Skidmore, Owings & Merrill, the same architecture firm behind One World Trade Center in New York City and the Burj Khalifa in Dubai. 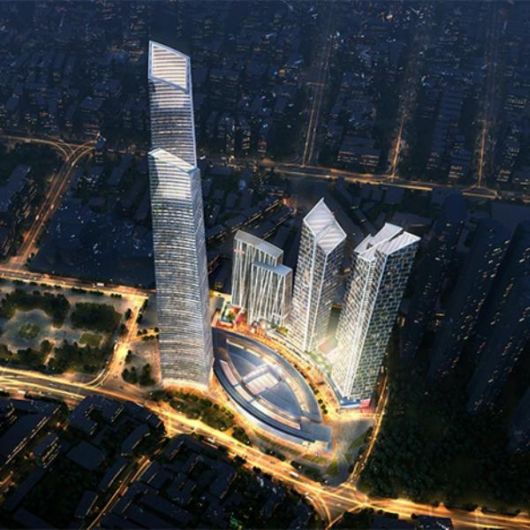 Forum 66 Tower 2, China, by Kohn Pedersen Fox and P&T Group : The eighth-tallest building of 2015 is expected to be the first half of a twin-tower office complex designed by Kohn Pedersen Fox and P&T Group for Shenyang, another city in north-east China. The 351-metre Tower 2 has already topped out, although its 384-metre partner is currently on hold. Once complete, both buildings will be capped with "glowing lanterns" that will help them to stand out at night.

Interesting fact:: When fully complete, the 9.3 million-square-foot, multi-building complex will include a mall, hotel, office space, residential units and a subway. Tower 2, the office portion of the project, will be the tallest building in Shenyang. 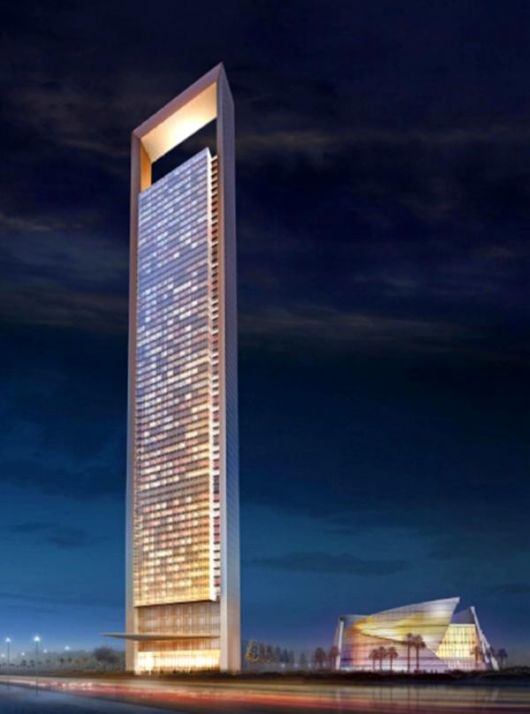 Abu Dhabi National Oil Company Headquarters, UAE, by HOK : The new headquarters for the Abu Dhabi National Oil Company will be housed within this 342-metre skyscraper, which is most recognizable for the large rectangular opening at its top. The second project by HOK to make the top 10, the tower will also act as a landmark for the neighbouring Emirates Palace Hotel. Located on Sheik Zayed Road, the residential tower was designed by engineer Adnan Saffarini. It will feature gold-coloured concrete facades and balconies fronted by glazing, as well as a gym, a swimming pool and a spa.