Techzug.comTechnology In Your Hands
Home Architecture Top 10 Most Beautiful Buildings 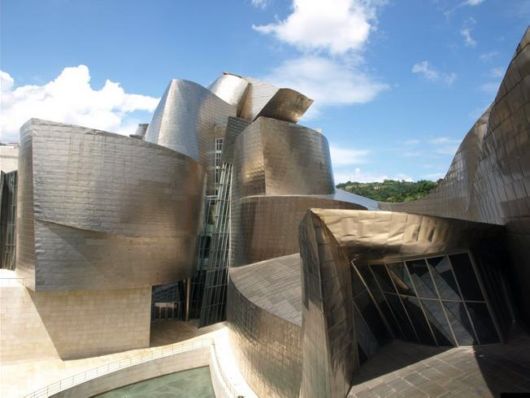 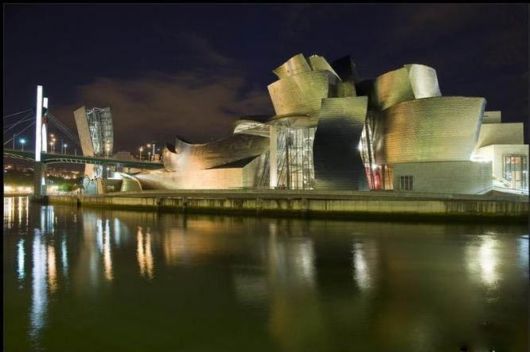 Museo Guggenheim in the northern Spanish city of Bilbao, opened in 1997, is one of the most influential and striking buildings in modern architecture. With its ribbon-like sheets of titanium and its collection of interconnecting blocks, the museum gives a nod to Bilbao’s industrialism but also to the saucer-like curves of Frank Lloyd Wright’s Solomon R Guggenheim Museum in New York. 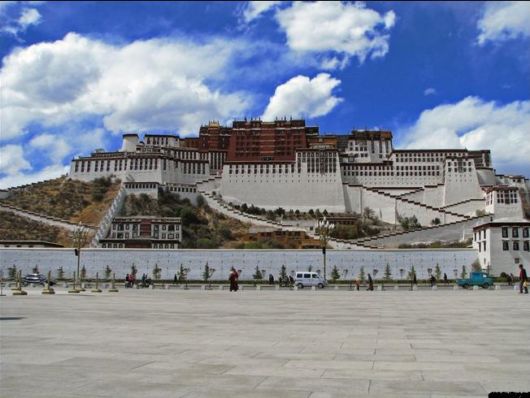 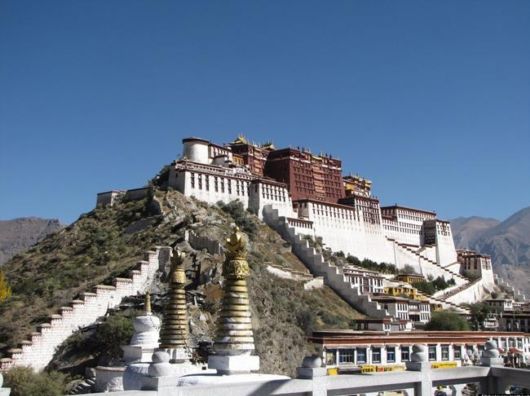 Perched high above the holy city of Lhasa is the former seat of the Tibetan government and the winter residence of the Dalai Lama. More notable now for its imposing presence than its residents, this huge construction is 13 stories high, contains thousands of rooms, and is styled like a traditional Buddhist gompa (temple), if significantly more elaborate. More than 7,000 workers were said to have been involved in its construction during the 7th century AD.Potala Palace is now a state museum of China, and has been given a place on the UNESCO World Heritage list. 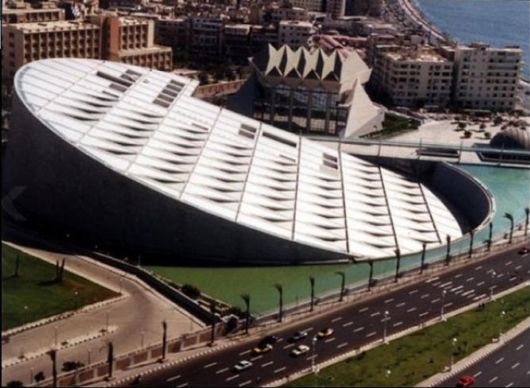 Between the ancient pyramids and the Bibliotheca Alexandrina, Egypt now has the best of old and new. Like a giant discus landed at an angle or an enormous light switch, Alexandria’s oceanfront library is arguably the first great design of the new millennium. Completed in 2002, it’s inspired by the original Alexandrina library, founded in the 3rd century BC and acclaimed as the greatest of all classical institutions. The building’s sloped design represents a second sun rising beside the Mediterranean. The vast rotunda space can hold eight million books. 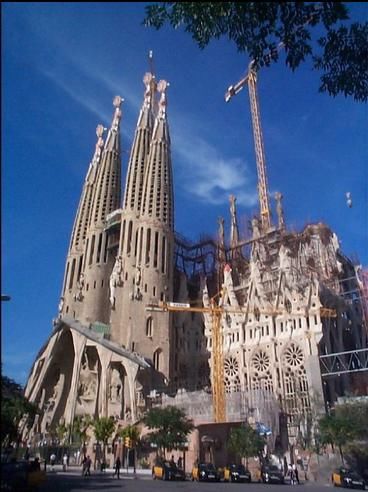 Surely the most extraordinary church on the planet, from the mind of one of history’s most eccentric designers: Antoni Gaudí. With its tapering towers like the straightened arms of an octopus, construction of Sagrada Família began in 1882, though Gaudí’s vision was so complex that the church is still unfinished. It will ultimately feature three façades and 18 towers, the tallest of them (557 feet) representing Jesus Christ. 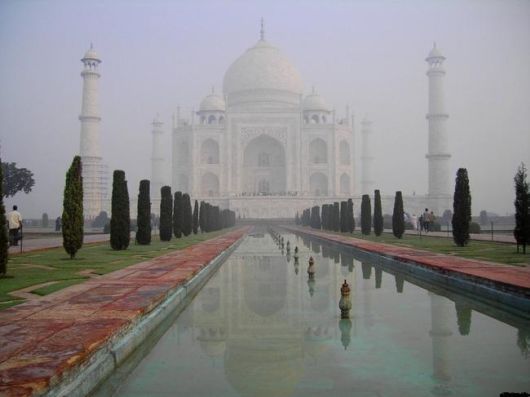 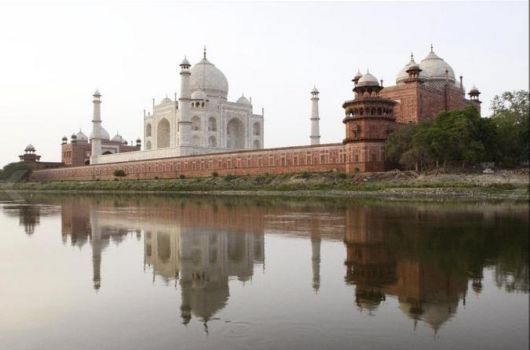 The Taj Mahal in Agra was built by Emperor Shah Jahan as a memorial for his second wife, Mumtaz Mahal, who died giving birth to their 14th child in 1631. 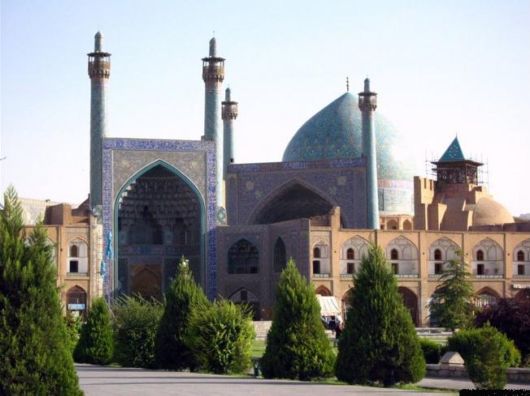 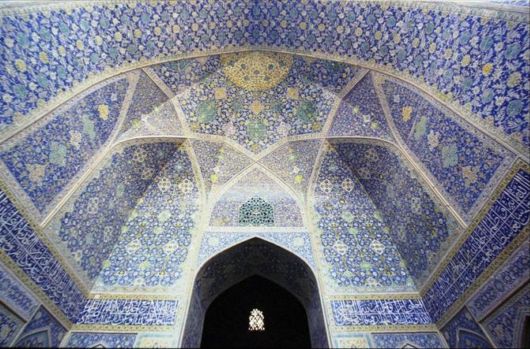 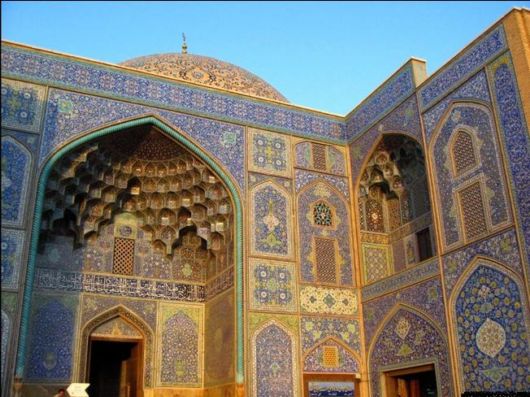 Headlining beside one of the world’s largest squares, Esfahan’s Imam Mosque is a tiled wonder. Completely covered, inside and out, with pale blue and yellow ceramic tiles (which are an Esfahan trademark), it’s a stunning 17th-century mosque, with its tiles seeming to change color depending on the light conditions. The main dome is 177-feet high and intricately patterned in a stylized floral mosaic, while the magnificent 90-foot high portal is a supreme example of architectural styles from the Safavid period (1502-1772). The mosque sits askew to the square, at about 45 degrees, so that it faces Mecca. 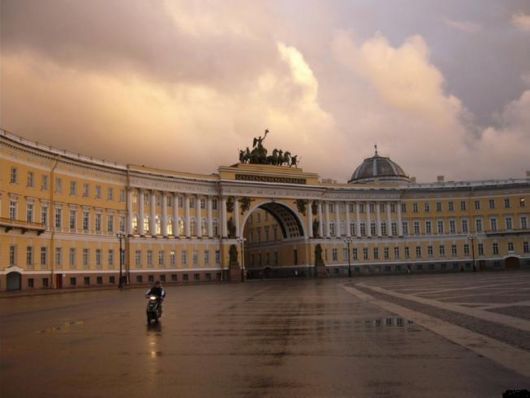 Best known as the outer casing for the remarkable State Hermitage Museum, this pistachio-colored gem on the banks of the Neva River in St Petersburg was designed by Francesco Bartolomeo Rastrelli as the winter residence of the Russian tsars. Filling an entire block, it bears all the whimsy and ornamentation of the baroque period, and statues line its roof edges like divers about to plunge into the Neva. Little wonder it should be the showpiece of a city built specifically to highlight that Russia could match the architectural beauty of Europe. 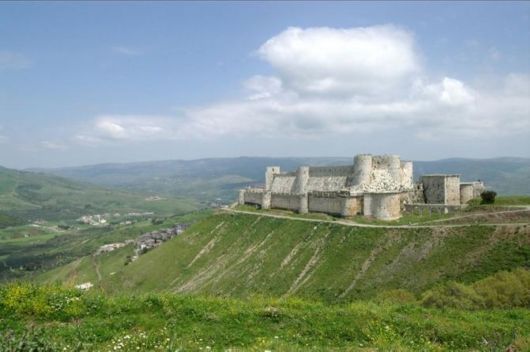 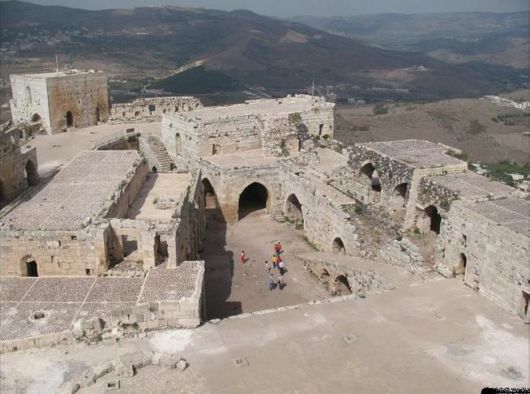 Described by TE Lawrence as the ‘finest castle in the world’, this hilltop Crusader fortress might be 800 years old but, like a good botox treatment, stands tight and taut against the ravages of time. It’s the classic blueprint of a medieval castle, its thick outer walls separated from the inner structure by a moat dug out of the rock. Inside, it’s a minitown, complete with a chapel, baths, a great hall and a Gothic loggia. The most visible sign of aging is the vegetation that grows from its walls; nothing a good shave wouldn’t fix. 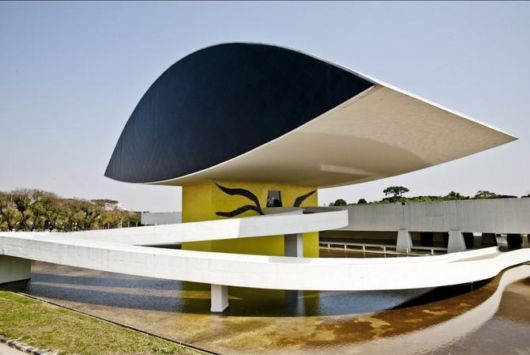 Designed by Oscar Niemeyer, the celebrated architect behind the creation of the Brazilian capital, Brasília, the Museu Oscar Niemeyer in Curitiba will test your view of aesthetics. Like all great buildings – and probably more so – the art museum’s appearance has an element of love-it-or-hate-it, with its main gallery shaped like a reflective glass eye, balancing atop a yellow support, and approached on curving ramps above a pool of water. Once inside the building commonly called the ‘Eye Museum’, you’ll see that every aspect of the museum’s design seems to marry beauty with whimsy. 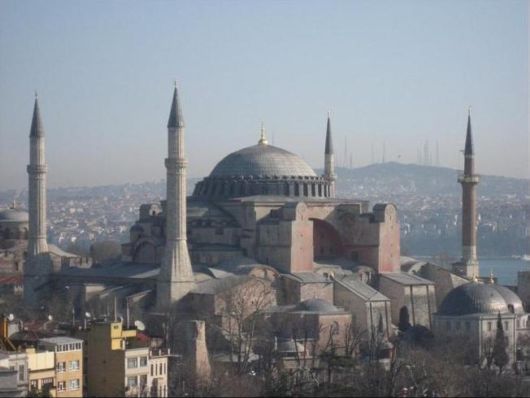 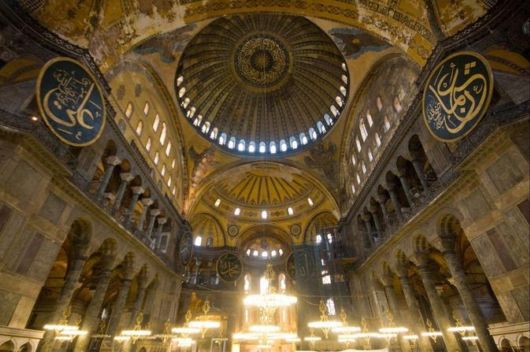 Aya Sofya (or Hagia Sophia) is the great architectural landmark at the heart of Istanbul, with its four minarets poised like moon-bound rockets. Constructed in the 6th century AD as an Orthodox church, it later became a mosque and, since 1935, a museum. The enormous structure was built in just five years, and its musk walls are topped by an imposing dome, 101-feet wide and 183-feet high. The dome’s base is ringed by windows, so that from within the structure, the dome seems almost to hover ethereally above the building.