The American company UniModal Transport Solutions developed a concept for a very high-capacity and high-speed Personal Rapid Transport (PRT) network. Pictures and informations of this sky transportation vehicle are showed below. 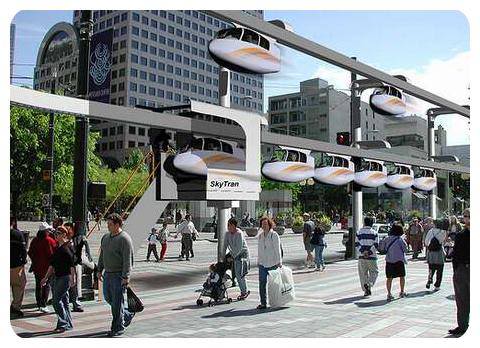 This SkyTran system operates with individual, two-passenger vehicles, which are propelled and suspended by a maglev system from overhead guideways. These are laid out in a one mile by one mile networked grid throughout the city. A large number of small departure and exit portals are placed underneath the guideways at approximately every 400 metres or at every city block. 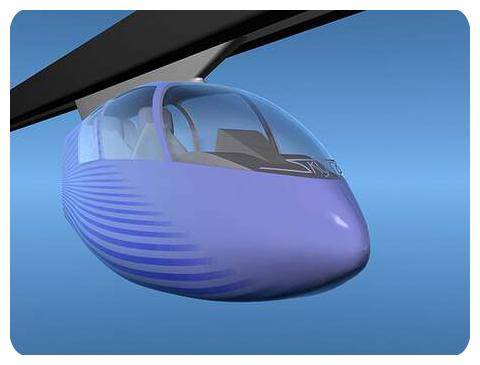 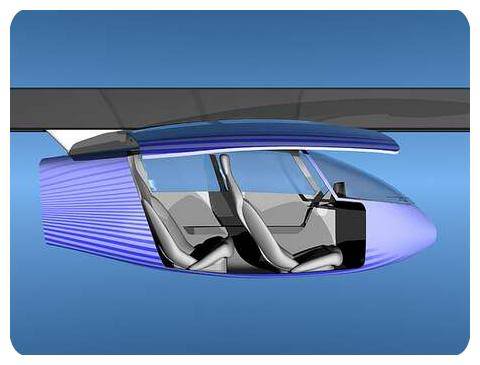 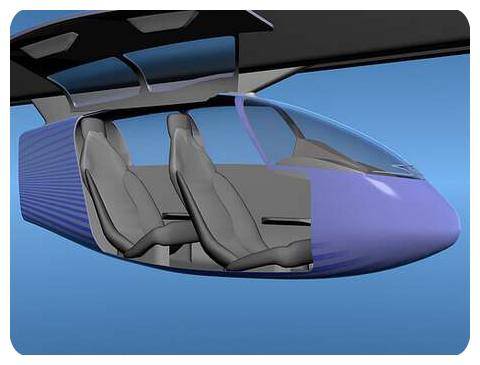 SkyTran has no fixed routes or timetables. Users can simply enter any departure portal, get into the first empty vehicle in the queue and select their destination. The vehicle then speeds up on the acceleration lane and enters the high-speed overhead guideway. 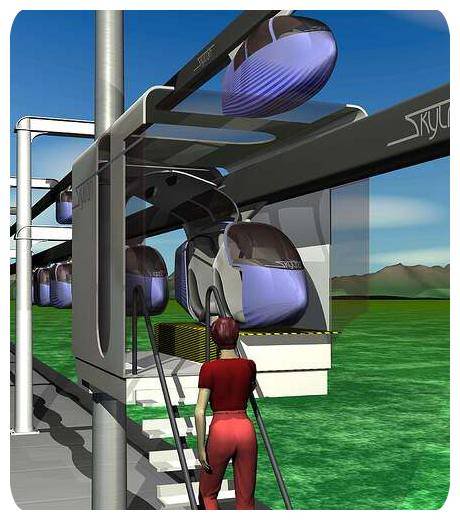 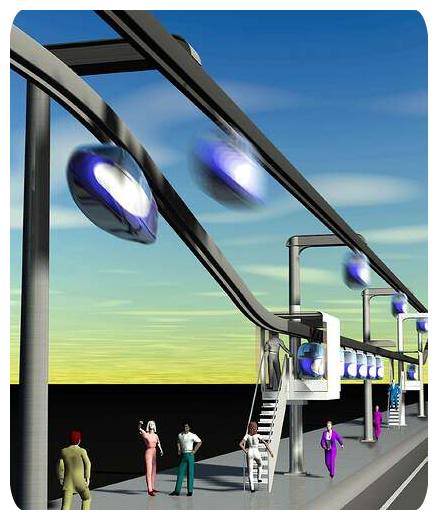 At the selected exit portal, the vehicle enters a deceleration lane where the speed is reduced until it stops at the arrival portal. Individual vehicles are capable of speeds up to 160 kilometres per hour within city limits or 240 kilometres per hour between cities. A very short braking distance allows a distance between traveling vehicles of a mere 25 metres.

This Special Plane Can Detach Its Cabin In Case Of Emergency