It looks too far-fetched to be anything but a childs toy. But for front-line troops in Afghanistan, this revolutionary vehicle could soon be a reality.The road-going army truck turns into a helicopter at the touch of a button, allowing it to fly above hazards such as roadside bombs. 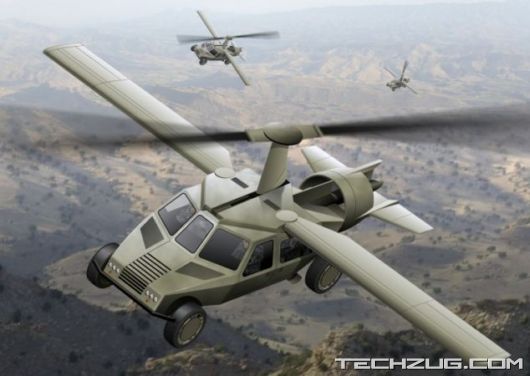 Take-off: A concept design for the Transformer vehicle which will be able to fly troops safely over areas littered with roadside bombs 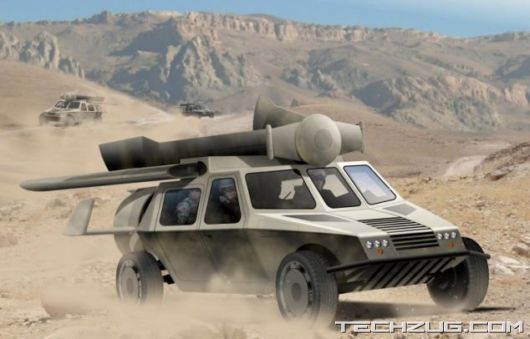 Convertible: The vehicle’s wings fold away so it can operate like any other armoured car 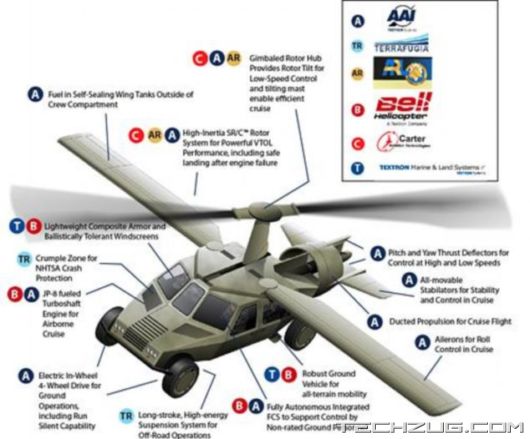 Parts for the futuristic vehicle will be developed by a number of different military hardware firms.