Techzug.comTechnology In Your Hands
Home Future Tech The Most Incredible And Simple Invention That Will Change Our Future 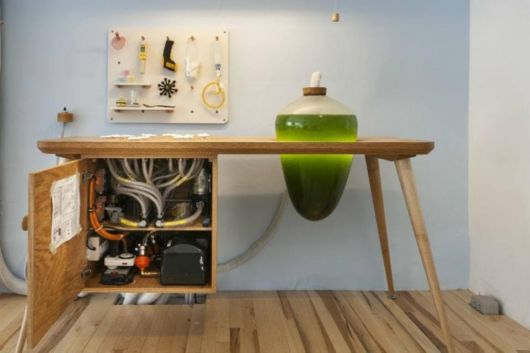 French biochemist Pierre Calleja has basically developed is a lighting system that requires no electricity for power.!!! Instead, it draws carbon dioxide from the atmosphere to produce light. Astonishingly the lamp absorbs 200-times more CO2 than trees, at the rate of 1-ton annually, or what a tree absorbs over its entire lifetime. WTF …thats crazy, …but how? *The key ingredient is Algae! The lamps consist of algae-filled water, along with a light and battery system. So during the day, the algae produces energy from sunlight that is then stored in the batteries. Then at night the energy is used to power the light.This clever algae can also produce energy from carbon, so * sunlight isn’t required for the process to work. Just read that line again OK ? Sunlight isn’t required for the process to work !!!! That means these lights can be placed where there is no natural light and the air will still effectively be cleaned on a daily basis. Crazy good, I know!

By Using micro-algae, this super cool dude has prototyped a lamp that emit’s zero (that’s ‘nada’) CO2, instead it actually absorbs massive amounts! Which is what we want, if we are to reduce carbon emissions & global warming. Who would’a thought algae could help save the planet? .
In the future, these lamps could be used to illuminate our streets, parks and homes. Good on you Dr. Pierre for making our future glow green just like we thought it would !! 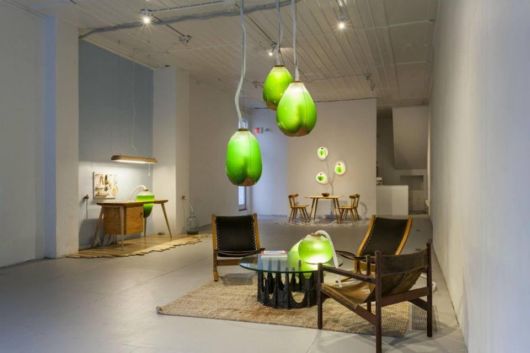 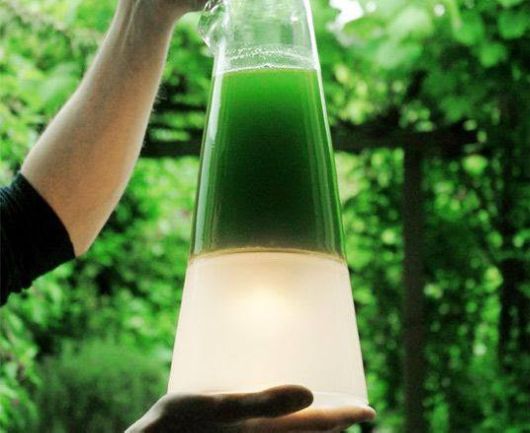 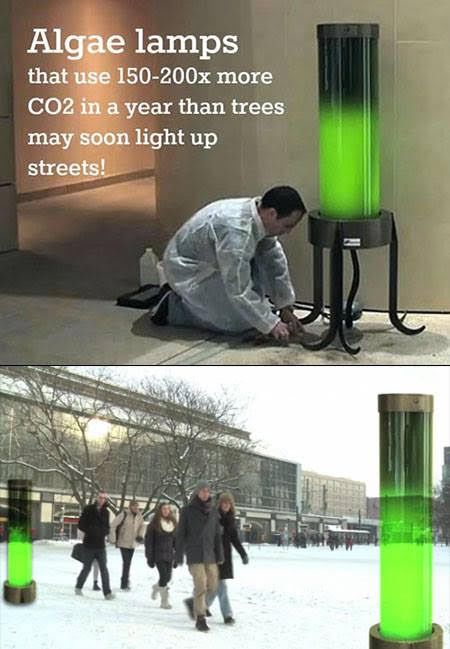