Techzug.comTechnology In Your Hands
Home Future Tech What Will Happen In Next Ten Years 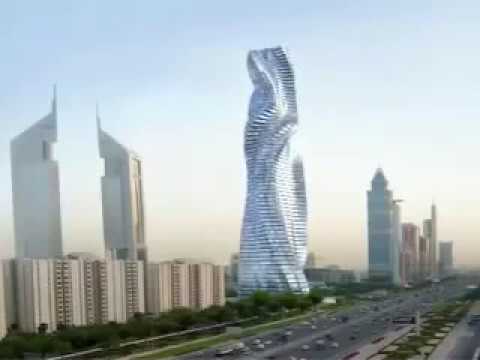 The next decade or so promises to be an exciting time for science and innovative technology. Ideas that were once the preserve of imaginative science fiction writers are moving closer to becoming reality, and if you thought the advancements made over the last couple of decades were impressive, they are likely to be put firmly in to the shade by upcoming innovations. Here are ten incredible technological improvements we can expect to see in upcoming years, many of which are already at a very well developed stage of planning. 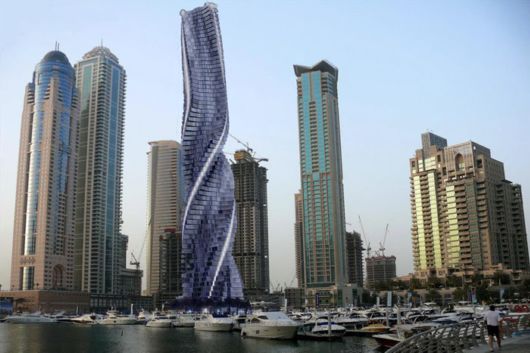 The transformation of Dubai into a global city, international business hub and one of the richest places in the world is a story in itself. And while it is now associated with wealth and decadence, it also provides a platform for some incredible architectural innovations, including Burj Khalifa, the tallest building in the world.
The latest addition to this collection is the ‘Dynamic Tower’, a rotating building made of 59 independently rotating floors that will move at 6 meters per minute, meaning those inside get an ever changing view of the world outside without noticing that they’re being spun around. Each floor will also have its own wind turbine that will create enough energy to power the building and several others. It’s all still a design concept as things stand, but the technology is far from out of reach and we can expect rotating, energy producing buildings in the near future.
Video introducing Dynamic Tower:
Dubai Rotating Tower

2. Computers Controlled by the Mind

If you are looking for a tangible indicator of technological advancements over the last thirty or forty years, you only need to look at the way computers have changed. A smart phone you can hold in the palm of your hand or a Mac Book that’s so thin you can barely see it when looking at it from the side can now do the same, if not more, than a computer that filled a room back in 1970.
So where do we go from here? Well scientists have made some big strides in the use of brainwaves to control computers. Plenty of research groups are experimenting this type of technology, although users may be required to have a small implant in order to use the technology, according to Intel researcher Dean Pomerleau so there is a price to pay. Imagine, however, being able to surf the internet using the power of thought!
The headset that reads brainwaves: 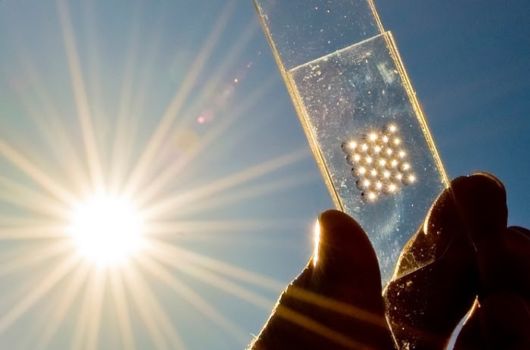 The idea of solar energy is not exactly a new concept, but it is starting to make the sort of strides that could ensure that we are much less reliant on unsustainable fuel sources like gas and coal. This is largely because the cost of producing the technology needed to harness the sun’s energy is coming down, so the price-per-watt is becoming more and more affordable.
A company called Sandia have invented a solar cell that uses 100 times less material than current solar panels. In fact, the Sandia cells are microscopic in comparison and are well on the way to eliminating the biggest obstacle to the widespread use of solar power – the expense of producing the technology. They are also flexible enough to be suspended in liquid or over a variety of surfaces so they could, theoretically, cover a whole car for example.
Technology developed in New Mexico could make solar cells smaller, more powerful

4. Rise of the Robots
Robotics is one sector of science and technology that has come on leaps and bound since the turn of the century. We’re not yet in a position to have robots drive us into town or cook dinner before we get home, but we have made some pretty big strides. Scientists have created a robot that has shown the capacity to learn how produce human facial expressions based on feedback it receives to a computer when randomly contorting its face. Here is the Einstein look-alike bot in action:

Meanwhile, other robots are learning how to run and negotiate difficult terrain. BigDog is a bipedal bot that walks heel-to-toe just like a person, and can break into a sprint as well. Could these robots soon be running our errands or even used in warfare? 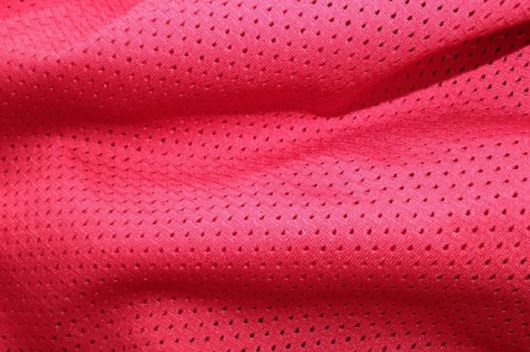 If you think that changes in clothing design are more about aesthetics than scientific advancements, then think again. Outdoor clothing in particular has developed hugely in recent years, with adventurous types being offered lighter and thinner ways to insulate and waterproof themselves on hikes and climbs. The best is yet to come however, as scientists are working on ‘fiber-based nanogenerators’ designed to harness the energy you use as you walk to keep you warm. So rather than having to wear five or six layers in winter, you could soon have a sweater with a built-in central heating system.

6. How Cars Are Powered 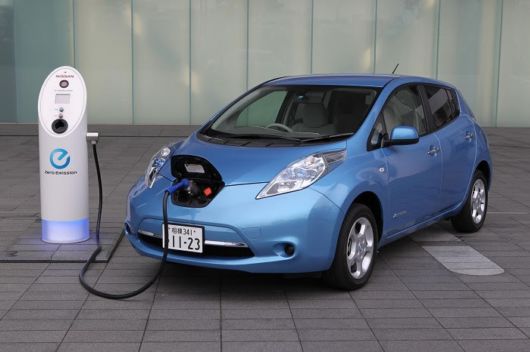 The future of road travel looks set to change greatly over coming decades, as you may have seen in our recent article about the cars of tomorrow. There are several ways in which road vehicles could be powered decades from now, but electricity seems to be the frontrunner, not least because there are electric cars already on the road of course. Technological advancements are likely to bring the price of electric cars down, and with innovations like roads that charge your car as you drive in the planning stage, expect to see as many ‘charging points’ as ‘gas stations’ in the not too distant future.
Of course, how we propel the cars forward after we’ve worked out how to power them could also change, given that Tesla and Google are both working on autonomous self-driving cars that could remove the effort of driving altogether!

May also interest you:

What do you think? Are these advances for better or for worse? Are they exciting or scary? Will you be happy about the idea of having a chip fitted in your brain? Let us know if the comments section! 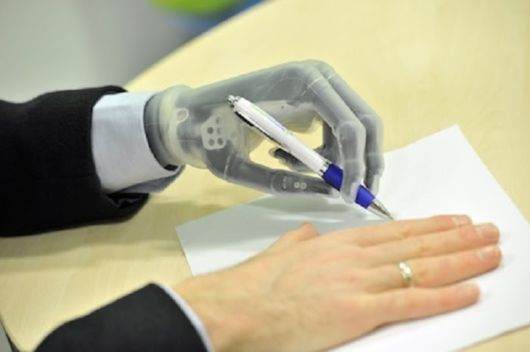 Losing the use of a limb is a nightmare faced by many across the world, but recent developments are moving us closer to viable, artificial equivalents. A company called Touch Bionics has produced fully functional bionic hands that can be fitted to a recipient without the need for surgery and can be covered with a plastic simulation of living human skin, The limbs are controlled by the brain and allow users to both lift and manipulate objects using the fingers. It currently costs a sizeable $50,000 unfortunately, but with the technology in place, we can hope that bionic technology can continue to develop in ways that will benefit us all in coming years:

8. Our Interaction with the World 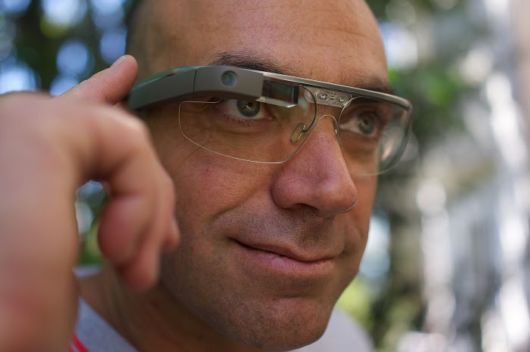 When you are living your life, it’s easy to let the sheer magnitude of change pass us by unnoticed. But take a second to think about how we interact and communicate with the world today compared to what we used to do even just a couple of decades ago, and it’s mind boggling how far we’ve come. The internet and smart phones have made us more accessible as people, and given us a gateway to a whole wealth of information that we once had to go to serious effort to find.
New concepts are building on these innovations too. Google Glass already allows a user to take a picture of a place or building and receive instant information about it to their phone. And this is just laying the foundations for what’s to come. As soon as the technology exists and people are comfortable with the idea, we can expect brain chips to hit the market and revolutionize our interactions completely. These will allow ‘pop ups’ to appear in our field of view, giving us all sorts of information about the world around us. According to Google technology chief Raymond Kurzweil, we can expect these pop ups to form part of our daily life by 2020. Before the chips come along, we will just have to be happy with devices that do the same job:

What do you think? Are these advances for better or for worse? Are they exciting or scary? Will you be happy about the idea of having a chip fitted in your brain? Let us know if the comments section!