Techzug.comTechnology In Your Hands
Home Gadgets News Almost Saved by an iPod?

Last week surfaced a history about an American soldier, Kevin Garrad, who was saved by an iPod that would have helped his armor to stop the bullet from an insurgents AK47.
Although most of the history is true, there is a minor inaccuracy. Kevin was not saved by the iPod. The upgraded armor he was using was enough, by itself, to hold the AK47 shot he took.

And he discovered about being shot at later on when tried to activate the little gizmo while cleaning his weapon.

Anyhow, the history ended up good in more than one way; Kevin survived unharmed, Apple will give Kevin a brand new iPod, and some people also promised the same. The soldier said that if he gets more than one iPod, he will pass the excess to other soldiers that do not have one. 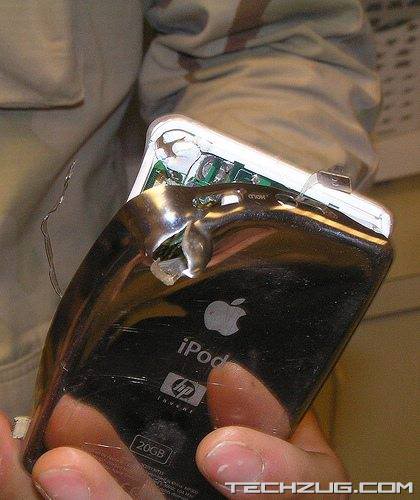 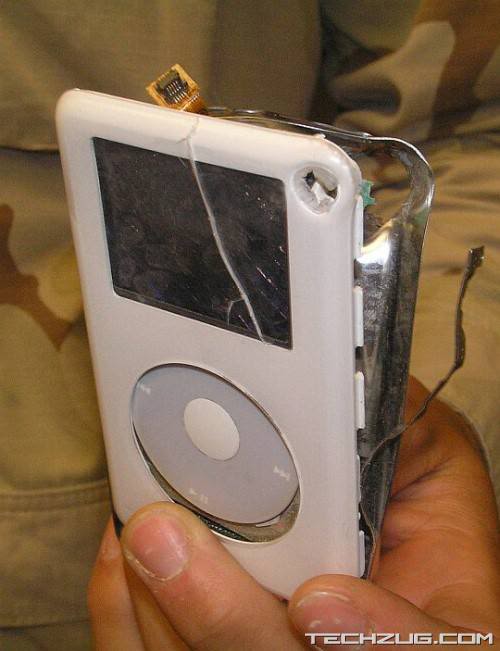 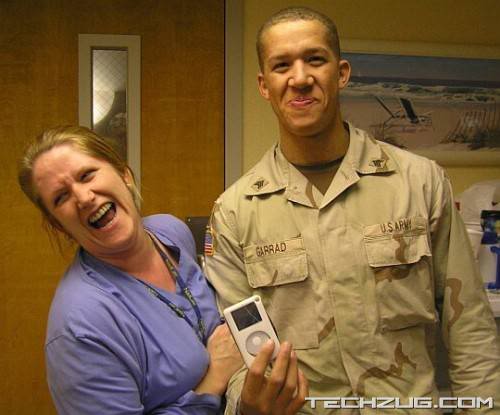