Techzug.comTechnology In Your Hands
Home Gadgets News Android For Work Brings Google Back To The Office 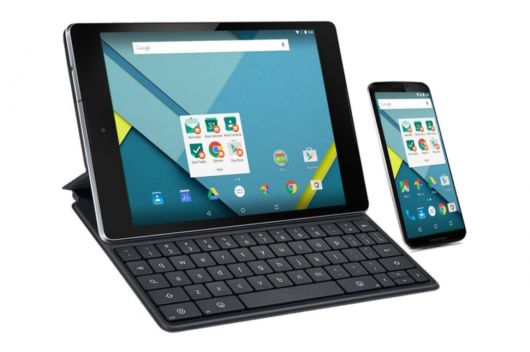 ANDROID FOR WORK BRINGS GOOGLE BACK TO THE OFFICE

Many people around the world already use Android smartphones for personal use, but now Google wants to take over the office, too. Back in June at Google I/O, the company briefly previewed a brand-new approach to enterprise with the platform Android for Work. Now, the system is ready and has officially launched.

The end result is a much more efficient way of ensuring that every employee has the correct apps and the latest updates.
In the business world, the idea that employees should bring their own devices to set up as secure, work devices is very popular. Up until now, it was relatively complicated to make the BYOD system work for everyone. More often than not, employees get saddled with two phones: One for personal use, and another for work use.

Some companies, like BlackBerry for example, create sandboxes on one device, separating work apps and data from your personal apps and data on the same phone. Google is taking a similar approach with Android for Work. If your company uses Android for Work, you can set up a work profile where all your data will be store and encrypted by default.

Android for Work offers enhanced SELinux security and builds upon the native multi-user support offered in Android 5.0 Lollipop, ensuring the work profile separates your work data from your personal data, while adding in some extra protection. That way, companies IT departments can add work-approved apps to employees personal devices, knowing that the data inside those apps will be secure. On the other side of the coin, employees will know that their bosses can’t access their personal data, as all of that will be on a different, personal profile.

If employees have Android devices that don’t natively support work profiles, such as those with Android Ice Cream Sandwich through Kitkat, they can simply download the Android for Work app instead. The app offers many of the same features as Android for Work, including secure mail, calendar, contacts, documents, Web browsing, and work-approved apps, all of which is managed by the company’s IT department.

In order to make it easier for businesses to put their own apps on employees devices, Google created a new app store called Play for Work. Businesses can securely add and manage apps for all users with Android for Work on their phones, using the new store. The end result is a much more efficient way of ensuring every employee has the correct apps and the latest updates.

In addition to the company-specific apps, Android for Work also includes several default apps for typical tasks. The apps include email, contacts, and calendar, among others, while also supporting Exchange and Notes. Users can also edit documents, spreadsheets, and presentations securely right on their Android smartphones. Tablets are also supported by the platform, and Google plans to offer Android for Work to other Android-based devices soon.

Google partnered with many companies to make this happen, including BlackBerry, which is known for its secure, enterprise offerings, as well as well-known companies like Box, Citrix, VMware, HTC, LG, Samsung, and Sony.

To find out more information on the program or to sign up, check out Google’s Android for Work website.