We like the concept behind this. Small space apartment dwellers would appreciate the utility of having a washing machine option in their bathroom (we know we would). But then again, the toilet in the concept photo above looks like it’s giving a piggyback ride to a reject from The Transformers.

The “Washup” concept is a sustainable and space saving water consumption device that reuses wasted water from the clothes washing cycle for toilet flushing later (hopefully not at the same time…do your load before dropping it). We just worry we’d accidentally lose socks in the toilet while loading and emptying the machine above. 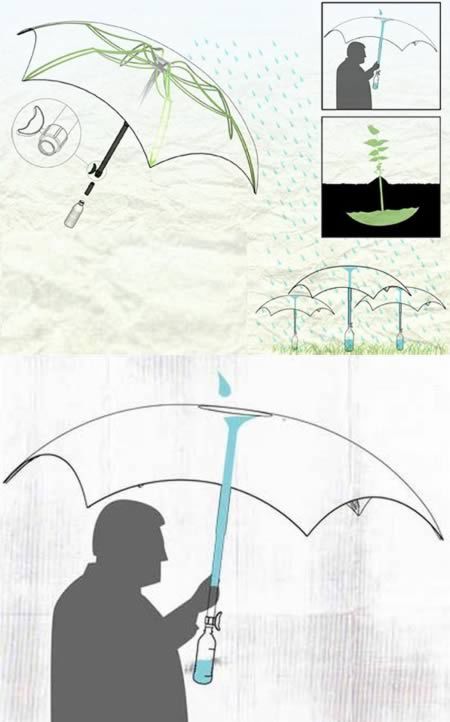 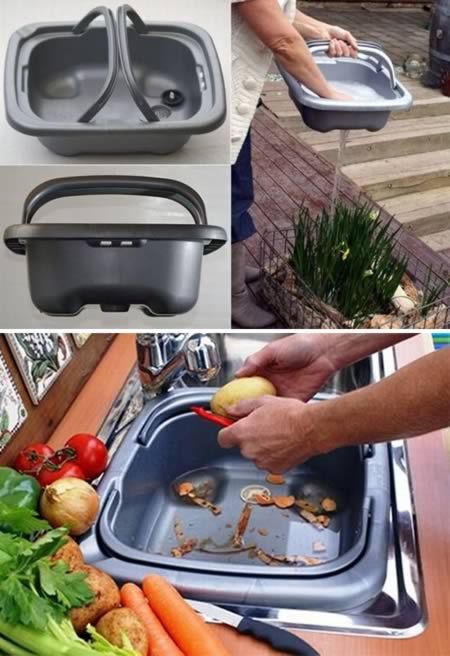 With most nations facing water crisis, recycling used water becomes more important than ever before. Addressing water emergency across the world, Hughie of Australia has come up with an innovative kitchen sink that stores waste-water that would otherwise go down the sewer. The winner of the Product of the Year 2008′ award, the Removable Kitchen Sink saves 80 percent of the gray water that can further be used for watering your garden plants or washing your car. 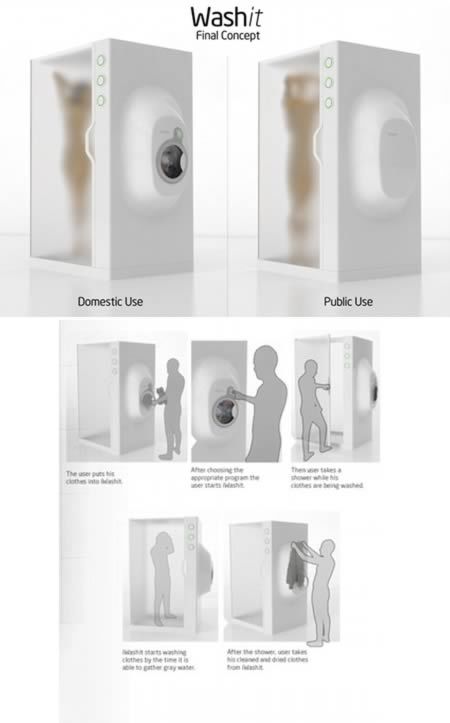 Perhaps inspired by Britain’s constant drought warnings and reminders to ‘use water wisely’, an inventor has come up with a combined washing machine and shower. ‘Washit’ allows users to give their clothes a good soaking while they take one themselves, with a unique pump system that uses your shower run-off to give your clothes their first rinse.

If that sounds a little unhygienic, rest assured it is just the first rinse-cycle which uses your cast-off water to wash your cast-offs. Ahmet Burak Aktas, one of the four designers of the project, hopes combining the water will cut down on the 150 litres of water used for a 15-minute shower and the 38 litres used on a typical wash-cycle. 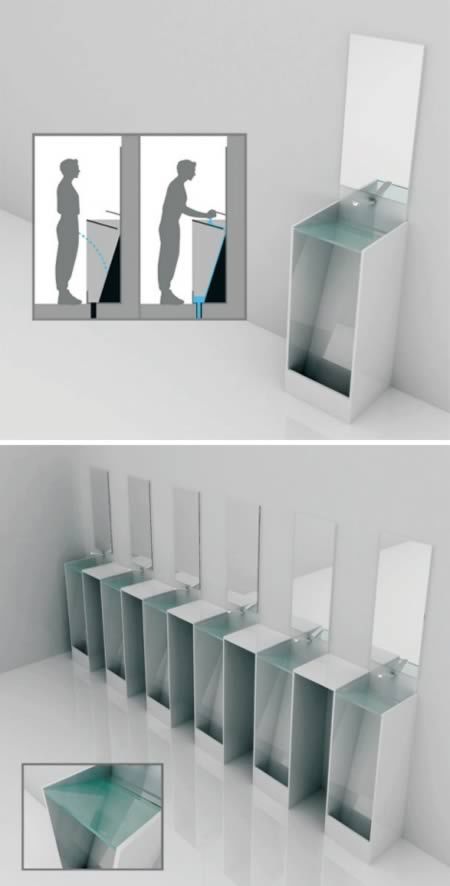 One has to wonder what is holding back this kind of innovation  is it health or simply convention? The idea is simple: combine the two water-using items found in any men’s bathroom. Yeongwoo Kim designed it with the utmost aesthetic simplicity, and it speaks for itself: the water clearly recycles to add in flushing the toilet  semi-opaque frosted glass hides the first sequence’s function from view as one leans forward to wash hands.

The result is a grey water reuse system that requires fewer pipes but also saves space, as the same vertical area can be used both for urinating and hand washing, presuming, of course, that the hygiene of such proximity does not prove to be a problem. 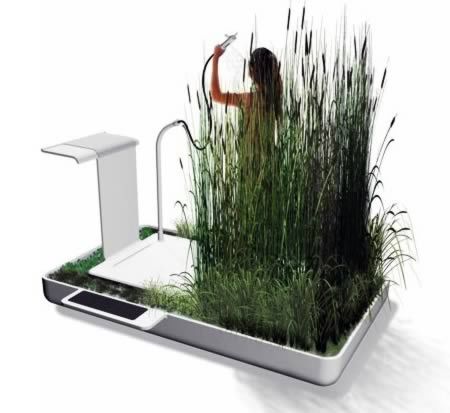 design and nature is a mini eco-system able to recycle and regenerate gray water. A hydraulic system channels waste water through a collection of plants, starting the phyto-purification process. Each part of the plant plays a crucial role in cleaning the water  the sand where the reeds are planted provides the initial rough cleaning, and as the water passes through the roots, heavy metals and bacteria are removed. An ingenious concept, this living shower not only aids in water conservation, but also produces additional oxygen. The Phyto-Purification Bathroom is a concept developed by designers Jun Yasamoto, Alban Le Henry, Olivier Pigasse and Vincent Vandenbrouck. 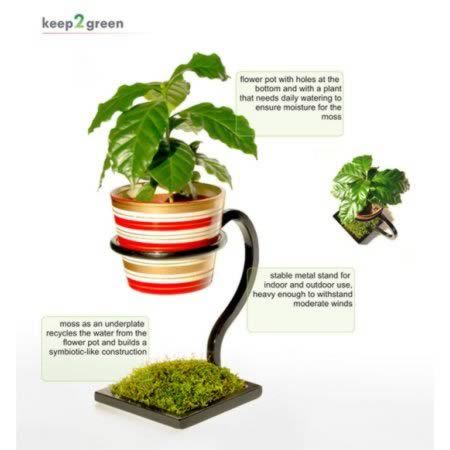 Simpler but more practical designs are always popular and today we’ll show you another we should have thought of that before’ product. It is the Keep2Green’ pot by Paul Gribincea. The concept about it is quite simple: the system makes full use of the space and water by planting some grass beneath the hanging pot. So you’ve gotten that? Good. Mainly made from metal, Keep2Green’ is heavy enough to withstand moderate winds and holds the flower pot steadily in the air. Designer: Paul Gribincea

This eco-friendly Zen sink uses the wasted water to grow you a little garden. 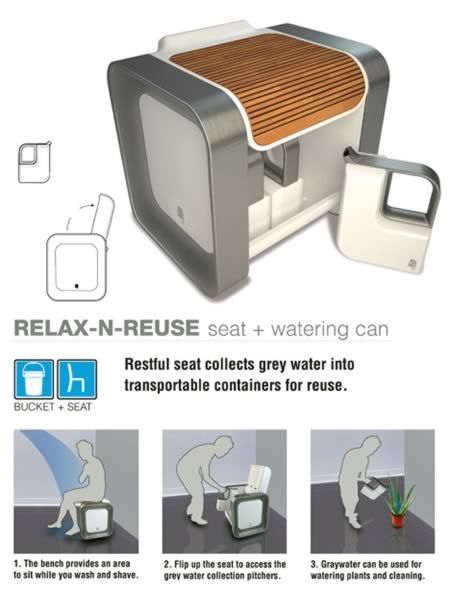 This seat is for those who sit down on a stool or something whilst bathing. The gaps in the seat lead the water to storage pitchers that collect your used bath water. This water can be recycled for watering plants, etc.

From the U.K. comes this handy device called the “Ban Beater”. It is a large siphon with hoses attached, and it’s used to suck up all the used “greywater” in a bath. The inventor, Dominic Flinton, says that one simple upward pull will start the siphon action, and fill the hose until the bath runs dry. You can then take the “Ban Beater” outside and water your garden or wash your car with the greywater you’ve collected. Flinton was inspired to create the device during the recent periods of drought in England. This device allowed him to water his garden during periods of water restriction.