Techzug.comTechnology In Your Hands
Home Innovative Gadgets 5 Amazing Gadgets That Are Helping People With Hearing Impairment

It’s an exciting time to be alive with technology making lives simpler. But the ones who are really benefiting from technological enhancements are those who aren’t as lucky as everyone else. Here’s how some companies, with their uber cool gadgets, are helping people with hearing problems communicate seamlessly with the rest of the world. 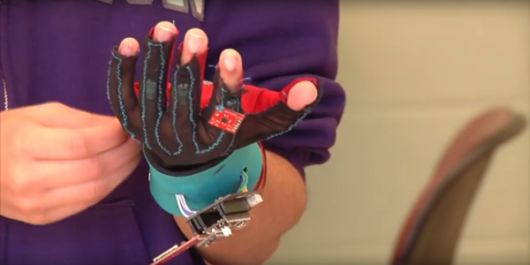 Two really smart students, Thomas Pryor and Navid Azodi from the University of Washington, have invented these gloves that translate the American Sign Language into speech. In real time. Taking things a notch above the rest, the glove monitors the person’s hand and wrist movements and sends the readings via Bluetooth to a computer program written by Thomas. The program would then translate these into speech. To make things even more interesting than they already are, the students are also planning to get this program as an app for smartphones so you don’t have to lug your laptop everywhere. The project is still in the nascent stages as the duo is still figuring out the logistics of mass production and fine tuning the product. Currently, the students are studying and the gadget only registers 12 words for now, so there is a lot to do. They were recently awarded the Lemelson-MIT Student Prize, which means they will have $10,000-$15,000 to enhance their product. "We wanted to create something that would help the deaf and mute better communicate with the rest of the world, without changing how they already interact with each other," said Azodi.

2. Uber’s communication service for the deaf. 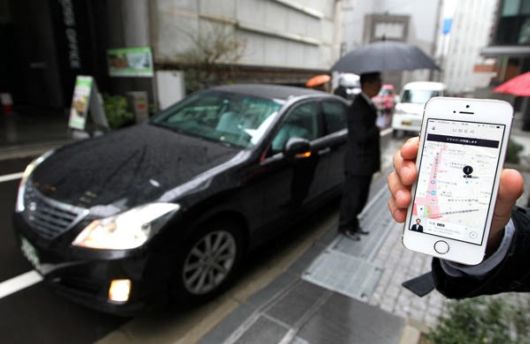 Uber is one of the few companies in the world that provides a window of opportunity for the challenged. The company has hired deaf and mute drivers to ply their trade. And to make driving easier for them, Uber, in alliance with the Communication Service for the Deaf (CSD), has created an online video support guides in American Sign Language (ASL). "Uber has incorporated accessible technology for Deaf and hard of hearing people directly into their app, providing unprecedented access for the Deaf community to make money by driving with Uber," said Chris Soukup, CEO of CSD. Identifying themselves as deaf or hard of hearing enables the drivers to some features of the app like flashing trip request, text-only communication with the riders, and notifying the rider that their driver is deaf or hard of hearing. 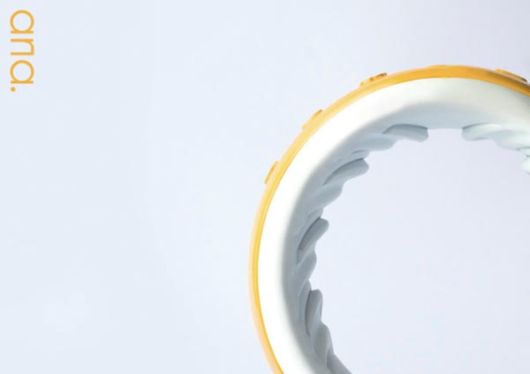 The goal of science and technology touching new highs is to make life easier. For the deaf, it is the freedom to lead independent lives. That’s where Mary Wilson’s product comes in handy. Aria is a tech bracelet that helps the deaf interact with their surroundings easily. The device notifies the wearer to different things with sensations on the skin, various alert sounds and a distinct light. Aria has rubber feelers that tickle the wrist of the user as soon as it identifies a sound in and around the house, like the telephone, fire alarm, doorbell, emergency vehicle sirens. It’s incredible how this device is not only gorgeous looking and useful, but is also potentially life-saving.
4. Babel Fisk Glasses 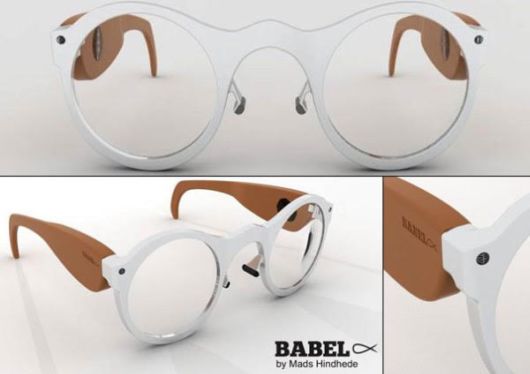 Now this one, if subsidised and mass produced, has the potential to completely change lives. The Babel Fisk glasses converts speech to text and flashes it on the glasses. Danish designer Mads Hindhede created this incredible gadget that literally spells out what the other person’s saying, in real time! There are microphones placed within the frames which pick up the speech of someone standing in the line of sight. One can even record a said conversation with an inbuilt flash memory card. 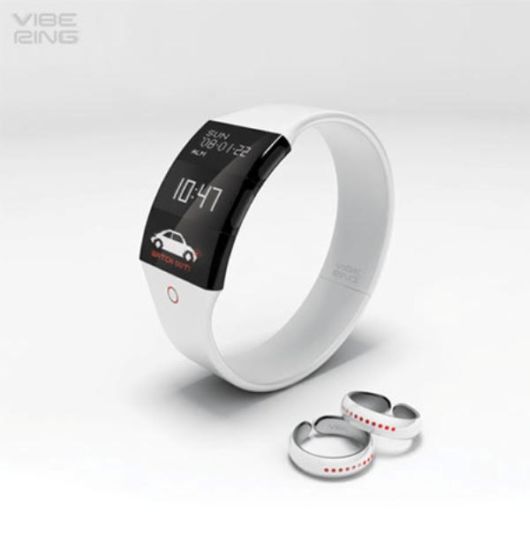 Yes, it’s spelt that way, and before you end up associating anything dirty with this, stop. This is not a Durex product, but a gadget that warns the deaf of possible danger around the wearer. Anything from a fire alarm to an oncoming car, dogs barking, practically anything. There are three devices that come in the package – a wrist watch and two rings. When the watch senses possible danger, it signals the ring which then starts vibrating to alert the user.