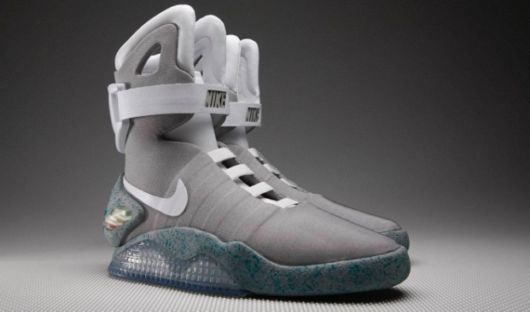 Ever sine the self-lacing Nike “Air Mag” made it’s debut in Back To The Future II people have been asking Nike to actually make them and after twenty-six years it seems they have finally given in. To be fair to them though the film was set in the future, 2015 to be precise, so this was probably their plan all along.

This isn’t the first time we’ve seen replicas of the Air Mag sold by Nike as just a few years ago the auctioned a few off, but they were lacking the self-lacing feature that makes them the coolest shoes you can own. According to sneaker designer Tinker Hatfield, Nike will be releasing the shoes sometime in 2015 and they definitely be self-lacing.