Techzug.comTechnology In Your Hands
Home Luxury Gadgets Amazing Luxury Stairway To Heaven On Top Of Aircraft With SkyDeck

U.S Aerospace technology company Windspeed has filed a new patent for aircraft passenger seats that offer a view from the top of the plane called SkyDeck. This concept aims to give passengers an even better view of the skies than the pilot’s by seating them on top of the plane, inside a transparent bubble-style canopy. Windspeed says its concept could offer an alternative to current inflight boredom on long-haul flights. 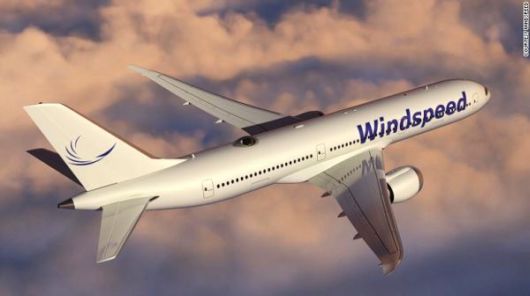 Windspeed says it could be a premium offering on executive jets or a pay per view option on commercial aircraft. Passengers can access the seats, either via an elevator or staircase. Once in the seats, passengers can use controls to rotate themselves through 360 degrees, potentially giving them better views of sky. Windspeed says smaller aircraft could be fitted with single SkyDeck seats.

Windspeed says its design, though yet to undergo full testing, will not interfere with the aircraft’s handling. The fighter-jet strength canopy is made of materials used in supersonic fighter jets, strong enough to withstand birdstrikes and other stress factors. An aerodynamic “teardrop” shape will help reduce the drag factor. Anti-condensation film will be applied to stop it fogging up and a UV-protection coating will stop passengers being frazzled by the sun. 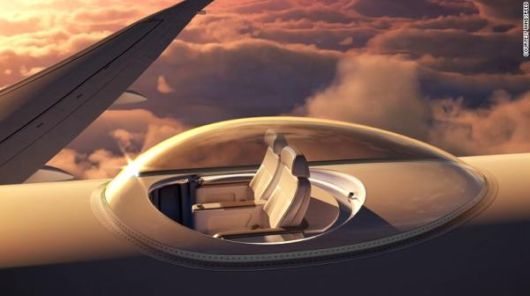 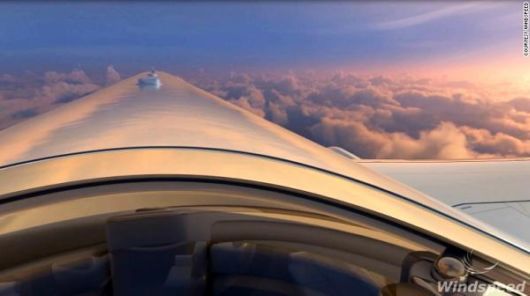 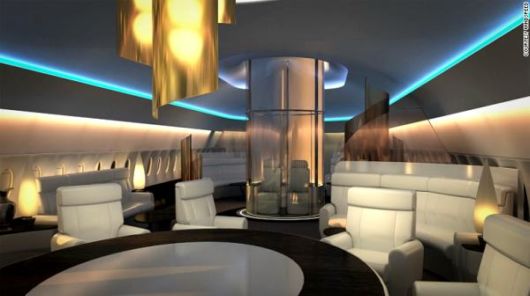 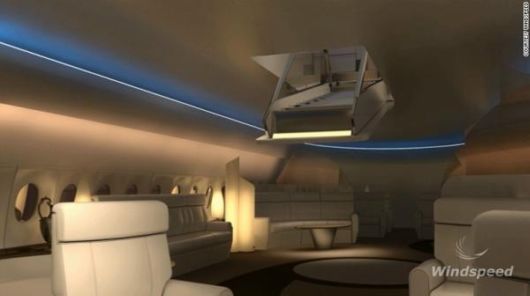 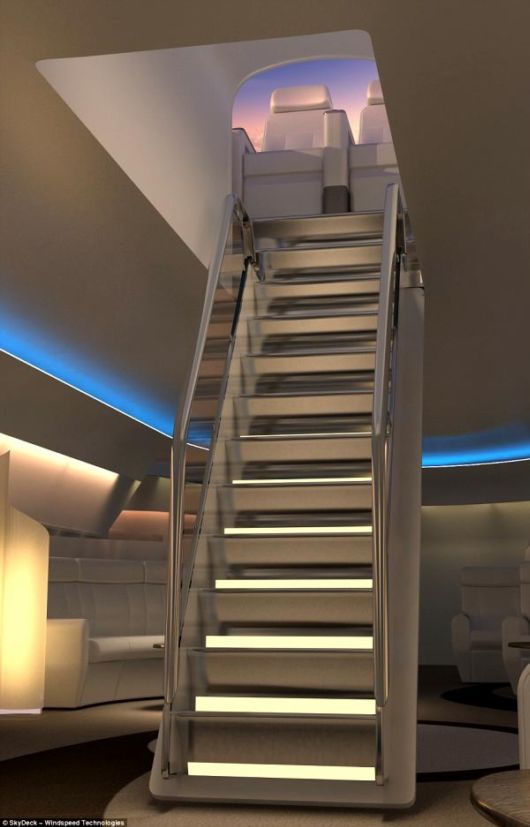