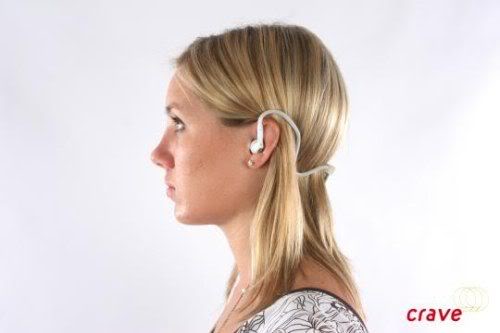 Colorado-based Arriva throws its hat in the wireless headphone ring with something that looks vaguely like an iPod Shuffle attached to a pipe cleaner attached to ear buds. 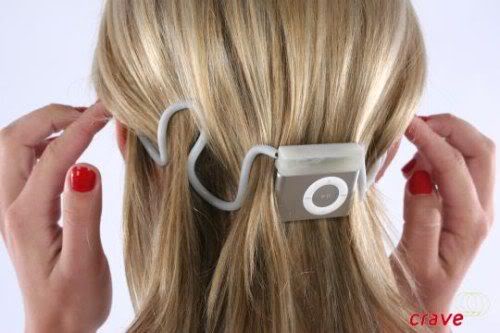 Yes, dealing with headphone cords while on a treadmill can be a hassle. That?s a given. However, reaching behind your head and fumbling around for the next track button seems like it would look a bit odd and might even be dangerous.

All things considered, Arriva?s CEO says the finished version will be 30-percent smaller and can be worn under the hair so as to hide the entire contraption altogether.

So maybe instead of looking weird groping the Shuffle on the back of your head, it?ll just look like you have lice instead.I kid!

Kudos to Arriva for the innovation here. It might be on to something, especially with the workout crowd. We?ll see in 5-6 weeks when the product begins shipping. No word on pricing yet.