Techzug.comTechnology In Your Hands
Home Miscellaneous A Brief History of the Computer

ENIAC, 1946
Regarded as the first general purpose electronic computer, the Electronic Numerical Integrator and Computer (ENIAC) was initially commissioned for the use in World War II, but not completed until one year after the war had ended . Installed at the University of Pennsylvania, its 40 separate eight-foot-high racks and 18,000 tubes were intended to help calculate ballistic trajectories. 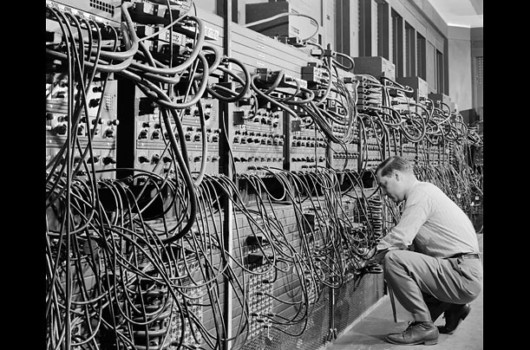 SAGE, 1954
A gigantic computerized air defense system, SAGE (Semi-Automatic Ground Environment) was designed to help the Air Force track radar data in real time. Equipped with technical advances such as modems and graphical displays, the machine weighed 300 tons and occupied one floor of a concrete blockhouse. 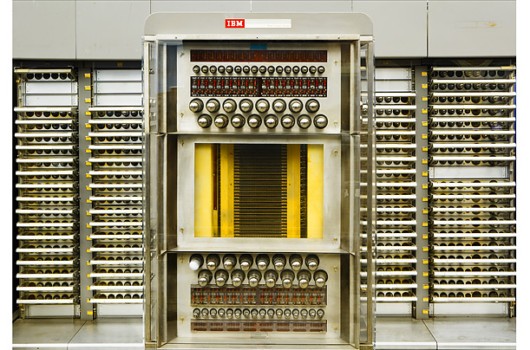 NEAC 2203, 1960
Manufactured by the Nippon Electric Company (NEC), the drum-based machine was one of the earliest transistorized Japanese computers. It was used for business, scientific and engineering applications. 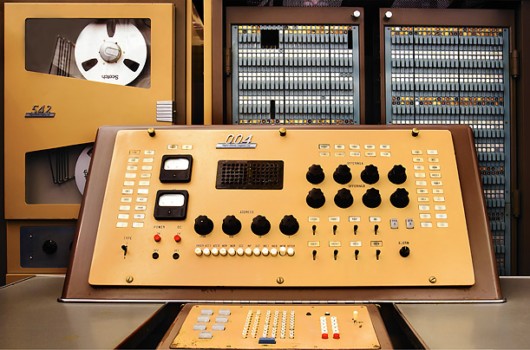 IBM System/360, 1964
Part of a family of interchangeable computers, the IBM System/360 mainframe was the first to cover a complete range of applications, from small to large, from commercial to scientific. Users were able to enlarge or shrink their setup without having to make headache-inducing software upgrades as well. Higher-end System/360 models had roles in NASA’s Apollo missions as well as air traffic control systems. 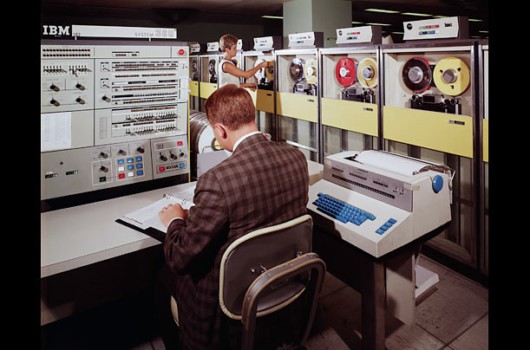 CDC 6600, 1964
For a time the fastest machine in the world, Control Data Corporation’s 6600 machine was designed by noted computer architect Seymour Cray. It retained its speed crown until 1969, when Cray designed his next supercomputer. 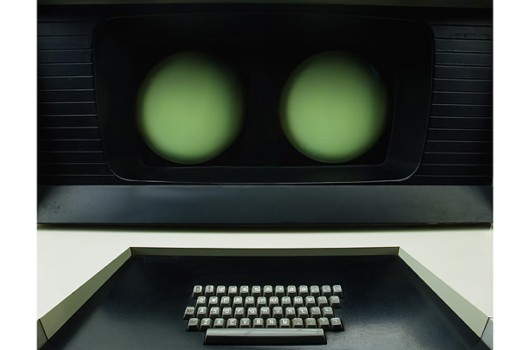 DEC PDP-8, 1965
The first successful commercial minicomputer, the PDP-8, made by the Digital Equipment Corporation, sold more than 50,000 units upon its release, the most of any computer up to that time. Years before Apple and Gnu/Linux offered alternatives to the dominant IBM/Microsoft paradigms, DEC proposed its own vision, by encouraging users to educate themselves and take part in the evolution of the line. 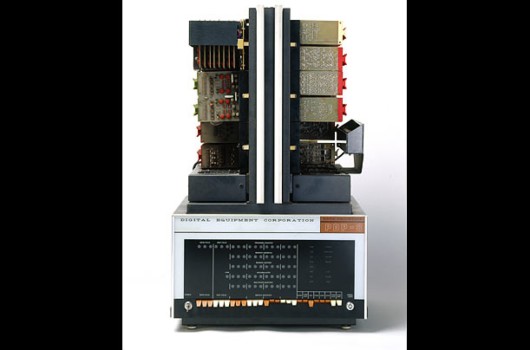 Interface Message Processor, 1969
Conceived at the height of the Cold War, when the U.S. government sought a way to keep its network of computers alive in case certain nodes were destroyed in a nuclear attack or other hostile act, the IMP featured the first generation of gateways, which are today known as routers. As such, IMP performed a critical task in the development of the ARPANET (Advanced Research Projects Agency Network), the world’s first operational packet switching network, and the predecessor of the contemporary global Internet. 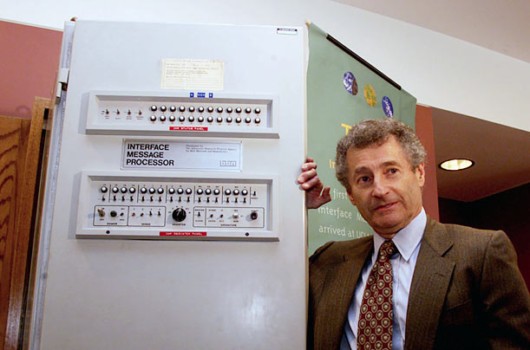 Kenbak-1, 1971
Often considered the world’s first “personal computer” the Kenbak was touted as an easy-to-use educational tool, but it failed to sell more than several dozen units. Lacking a microprocessor, it had only 256 bytes of computing power and its only output was a series of blinking lights. 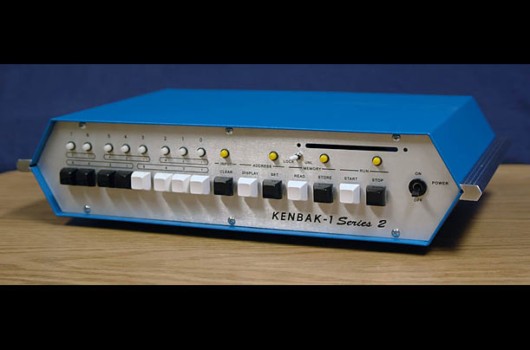 Cray-1, 1976
At the time of its release, the Cray-1, above, was the fastest computing machine at the world. Despite its price tag between $5 and $10 million it sold well. It is one of the many machines designed by Seymour Cray, a computer architect who devoted his life to the creation of so-called supercomputers, machines which prioritized processing capacity and speed of calculation. 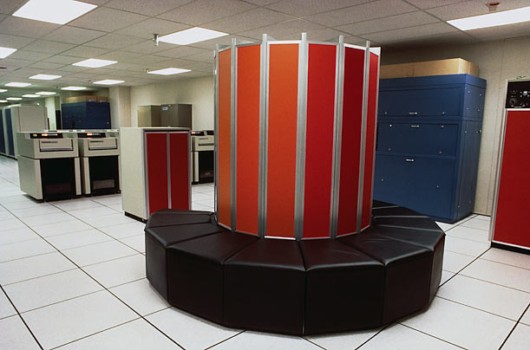 Apple I, 1976
Initially conceived by Steve Wozniak (a.k.a. “Woz”) as a build-it-yourself kit computer, Apple I was initially rejected by his bosses at Hewlett-Packard. Undeterred, he offered it to Silicon Valley’s Homebrew Computer Club and, together with his friend Steve Jobs, managed to sell 50 pre-built models to The Byte Shop in Mountain View, California. The suggested retail price: $666. Though sales were low, the machine paved the way for the smash success of the Apple II. 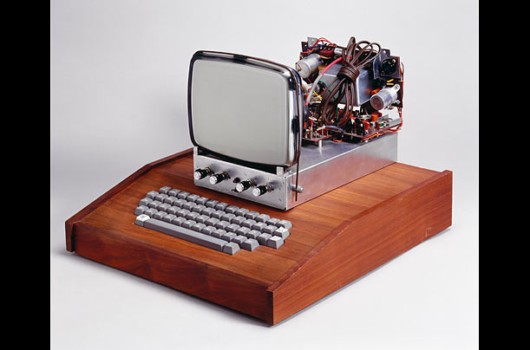 IBM Personal Computer, 1981
Featuring an independent keyboard, printer and monitor, the slick, complete-looking package that was the IBM PC helped push personal computing out of the hobbyist’s garage and into the corporate and consumer mainstream. Its immense commercial success made it the hallmark of personal computing for many years and led other manufacturers to produce similar desktop models. 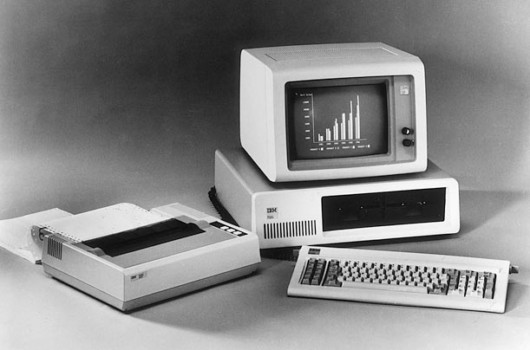 Osborne 1 Portable Computer, 1981
The first commercial portable computer, the Osborne weighed 24 lbs. and cost less than $2,000. It gained popularity because of its low price and the extensive software library that came with it 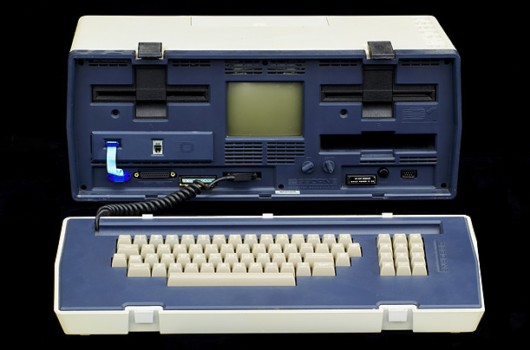 Hewlett-Packard 150, 1983
Representing the first step in a technology widely available today, the HP 150 was the first commercially available computer with touch screen technology. The 9-inch computer screen was surrounded by infrared transmitters and receivers that detected the position of the user’s finger. 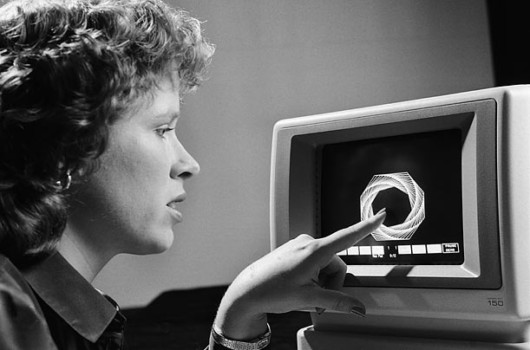 Deep Blue, 1997
Begun at IBM in the late 80’s, the Deep Blue project was an attempt at using parallel processing to solve a difficult problem namely, beating the best chess player in the world, Garry Kasparov. During a six-game match, which Kasparov ultimately lost, the confounded master attributed one move to “the hand of God.” 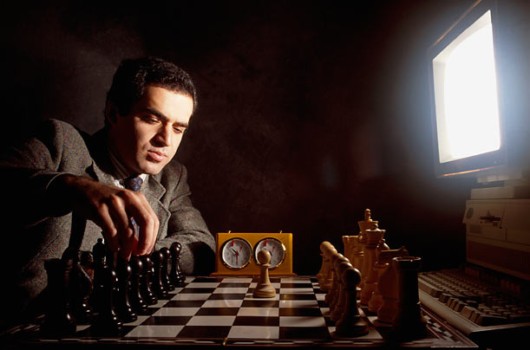 iPhone, 2007
The handy little device introduced by Apple CEO Steve Jobs in 2007 not only brings together internet access, a regular cell phone, camera and media player, it supports a wide variety of third party applications, or apps, that supply everything from recipes to maps of the night sky, and wraps it all in a sleek, glossy exterior. 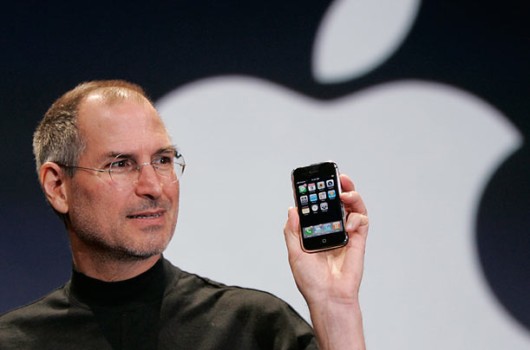 iPad, 2010
And now the tablet is finally here. It’s called an iPad, and it’s half an inch thick, weighs 1.5 pounds and features a 9.7 inch display. As Steve Jobs says in the presentation above, the device has a 10-hour battery life, so you’ll be able to use all the 3rd-party apps, games, video and online newspapers you want. The Wi-Fi iPad begins at $499 while the 3G version begins at $629. 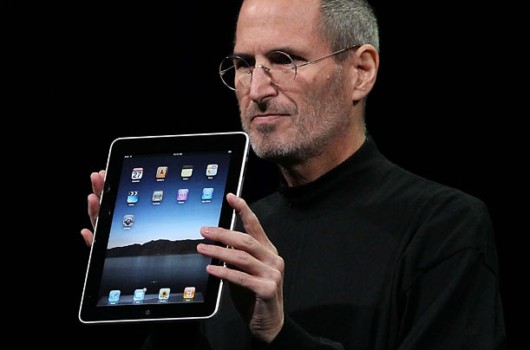