Techzug.comTechnology In Your Hands
Home Miscellaneous Dare To Go on World’s Highest Swing

The worlds highest swing has been set up on an 1,100ft TV tower in China. 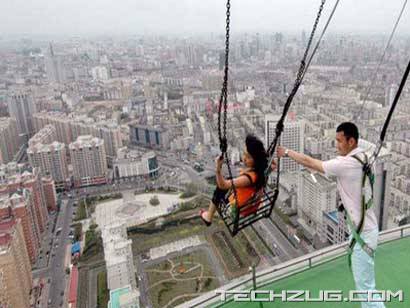 The swing is set on a 700ft high viewing platform on the tower in Harbin city, Heilongjiang province.
Participants sit on the steel seat and swing out over the city, beyond the edge of the platform.
The swing is called Game for brave people, reports Harbin Daily.
The tower is the worlds second-highest steel tower, after the Kiev tower in Ukraine.