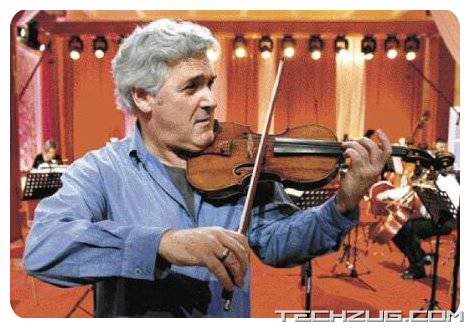 NAC conductor Pinchas Zukerman, counted among the world’s leading violinists, recently had the honour of playing the world’s most expensive musical instrument.

The violin is a 1741 instrument made by Giuseppe Guarneri del Gesu, for which Russian lawyer and businessman Maxim Viktorov paid a reported $3.9 million U.S. in a private sale brokered by Sotheby’s last month. The previous most expensive instrument had been a 1708 Stradivari violin sold by Christie’s for $3.54 million in 2006.

On March 21, Mr. Zukerman played the instrument in a private concert at the Great Kremlin Palace in Moscow. Bruch’s Violin Concerto No. 1, which Mr. Zukerman will offer at the NAC on Wednesday and Thursday nights, was among the music he played in Moscow.