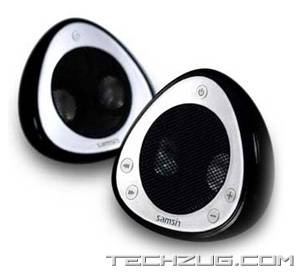 This pair of Bluetooth speakers pair up with any Bluetooth player or cellphone, and their maker says theyre the worlds first completely wireless Bluetooth speakers. Sure, there are plenty of others, but they have a wire between the two speakers, but these have none. You dont even have to plug them into the wall, either, because they use two rechargeable Li-polymer batteries in each one.

They?re made by a company that calls itself Samsin, one of those brand names that might sound like something else if you?re not listening carefully. At least they didn?t call it Bony or Toshitba. Anyway, something?s fishy. There must be a catch to this. 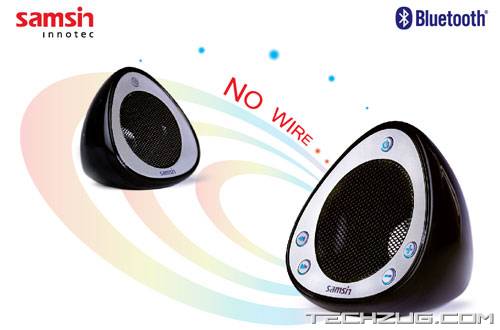 The company says the speakers will play up to eight hours, and will sit there on standby for 240, with a recharging time of 3.5 hours. With that kind of battery life, you might need to put your ear right up next to the speakers to hear them. Who know if those are even accurate numbers? It?s awfully easy to just type up a spec; the real world may be different. Besides that, they?re pretty cheap-looking for a pair of $138 speakers.

But still, you gotta love that idea of completely wireless Bluetooth. Could be cool.