China unveiled the world’s largest telescope and began test operations searching for signals to understand the origin of the universe and the Big Bang.

The Five-Hundred-Metre Aperture Spherical Telescope, known as FAST has been constructed over five years in a remote area of Guizhou province, south central China.

It has been built in a 45 million year old crater, unlikely to be affected by flooding and far from human interference.

The 500m dish surpasses Arecibo radio telescope, built in Puerto Rico in 1963, as the world’s largest and is three times more sensitive in detecting radio waves thousands of light years away.

FAST consists of 4450 individual panels and Chinese project engineers had to design a cable net of ten thousand cables to manipulate it to detect signals. FAST’s focus cabin is also unique thanks to a directional tracking system.

A key mission for the telescope will be detecting pulsars, the matter that remains when a star eight times the size of the sun explodes. These pulsars rotate thousands of times per second and are the universe’s most accurate clock.

Experience the construction and meet the creators of FAST: The World’s Largest Telescope 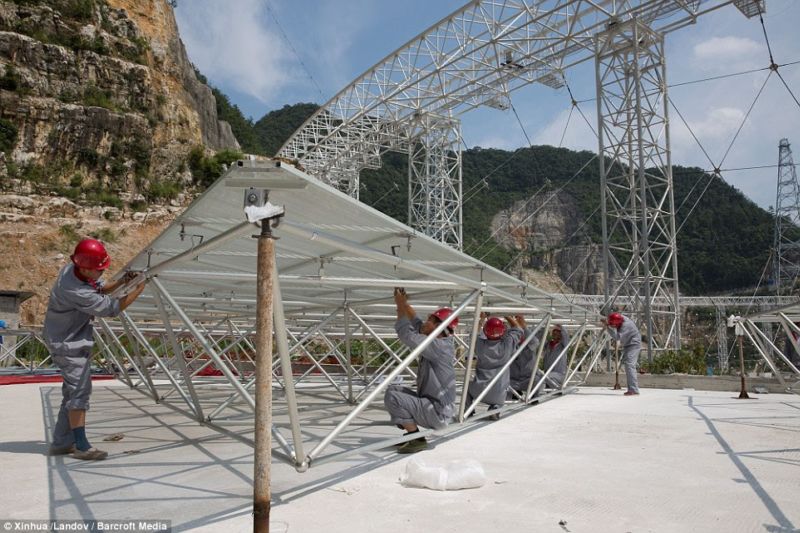 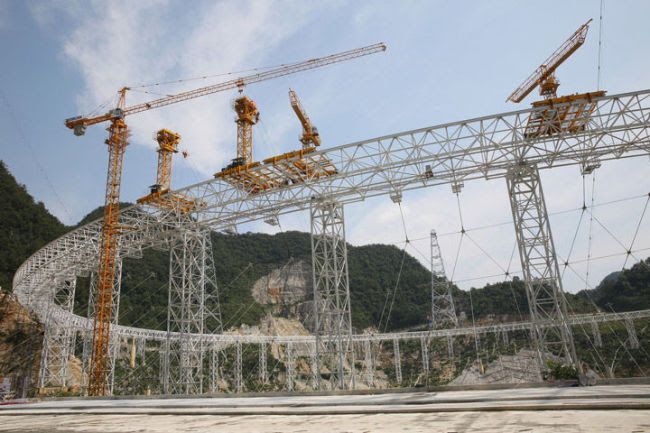 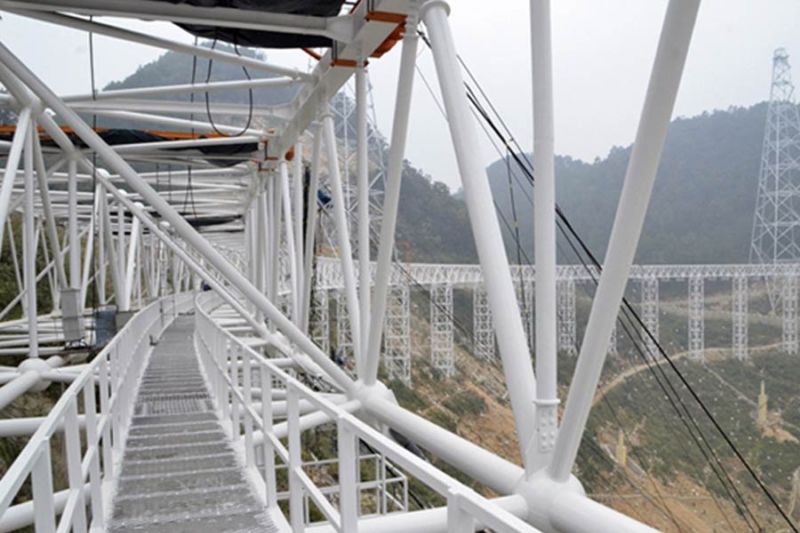 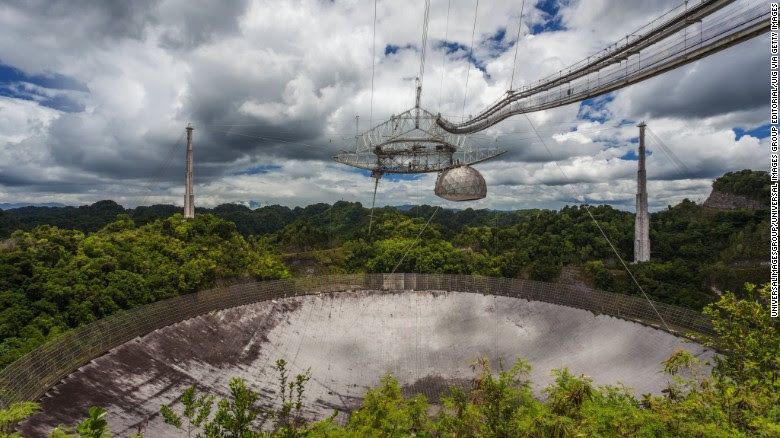 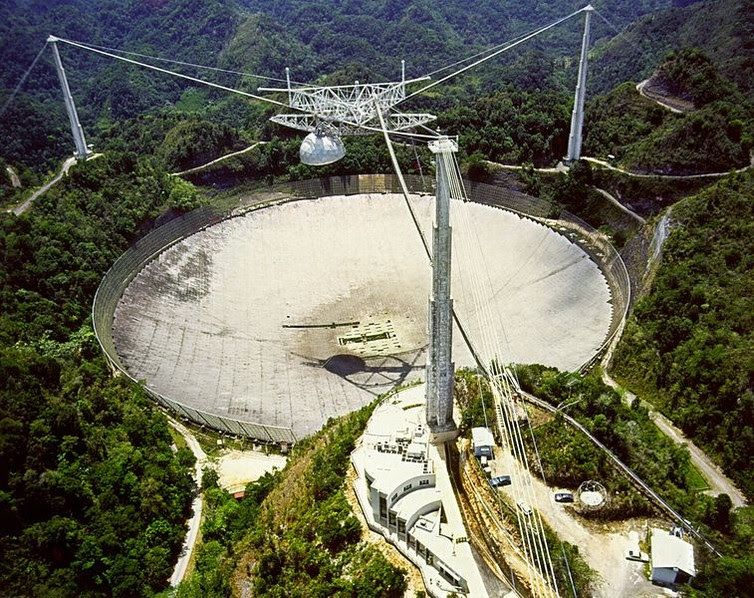 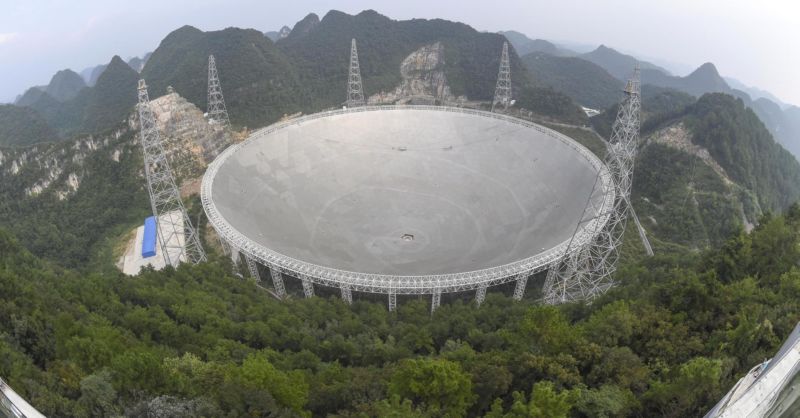 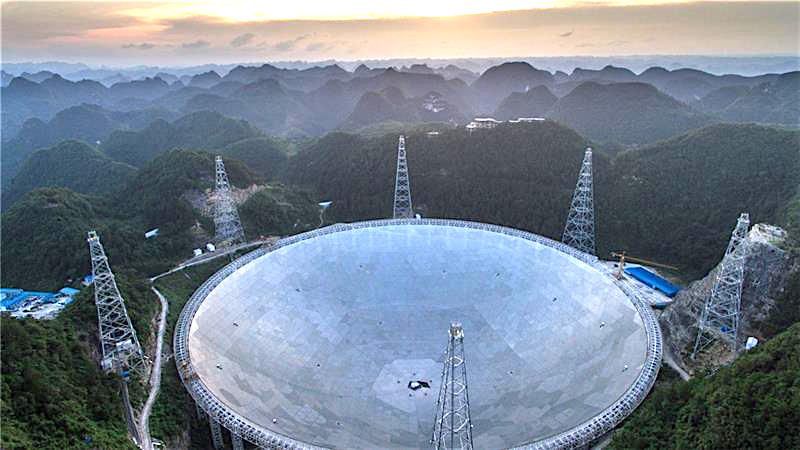 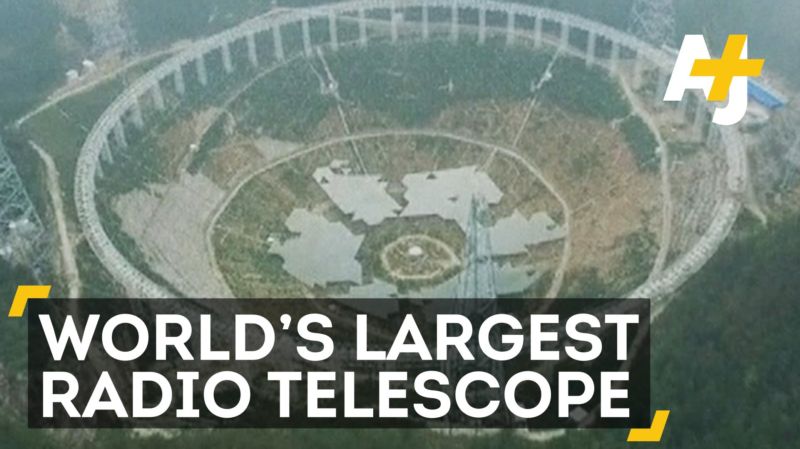 The Making Of The High-Tech Aircraft